What do you get if you cross a bunch of artists with engineers and sadomasochist endurance “athletes”? The Kinetic Grand Championships, that’s what.

Otherwise known as the “Triathlon of the Art World”, this grandaddy of all kinetic sculpture races (remember this one in Baltimore?) takes place every year in California’s Humboldt County.

The race’s insane (or genius depending on your perspective) teams must negotiate a heartbreaking 42-mile course of road, sand, mud and sea over three stages set over three consecutive race days. Competitors – who clearly possess criminal amounts of free time – often spend months designing and building their magnificent contraptions.

Kinetic sculptures, for the uninitiated, are all-terrain human-powered works of art engineered to race over land and water. Constructed of materials that most would consider “junk”, these bicycle-propelled machines are without exception elaborately decorated, and often incorporate animated moving parts such as blinking eyes.

The championships are run annually over Memorial Day weekend. This year’s event begins Saturday, May 26 and finishes on Monday, May 28.

For a taste of incredible feats of human imagination and physical endurance on show during the Kinetic Grand Championships, check out some of last year’s competitors: 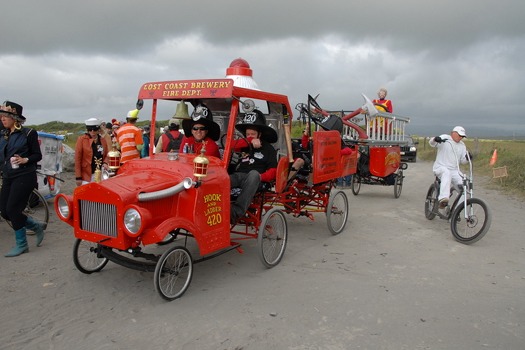 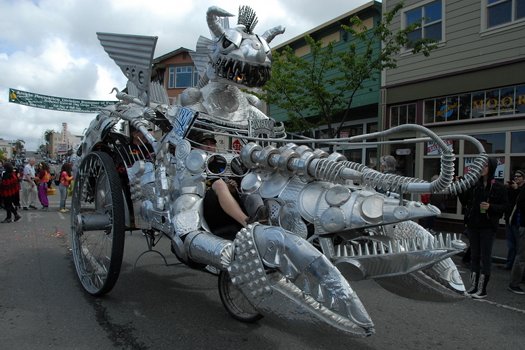 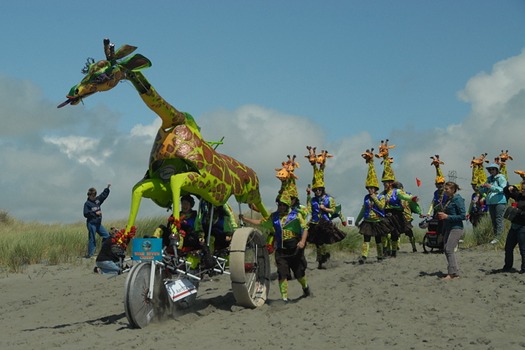 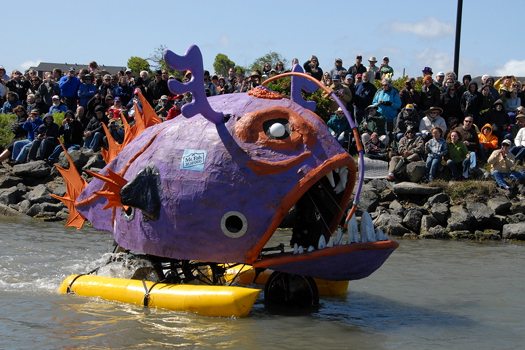 Tee off on a Ryder Cup golf course