Like many people the world over I have well and truly caught Game of Thrones fever, so on a recent trip to Dubrovnik I could hardly pass up the chance to visit the REAL King’s Landing.

The brand new Game of Thrones walking tour from Viator, takes fans on a unique outing to uncover both the Old Town Dubrovnik and the locations used in HBOs hit series.

Our guide for the next three hours was a young local woman named Ivana – an archaeology graduate who specializes in medieval history and a Game of Thrones fanatic in her spare time. 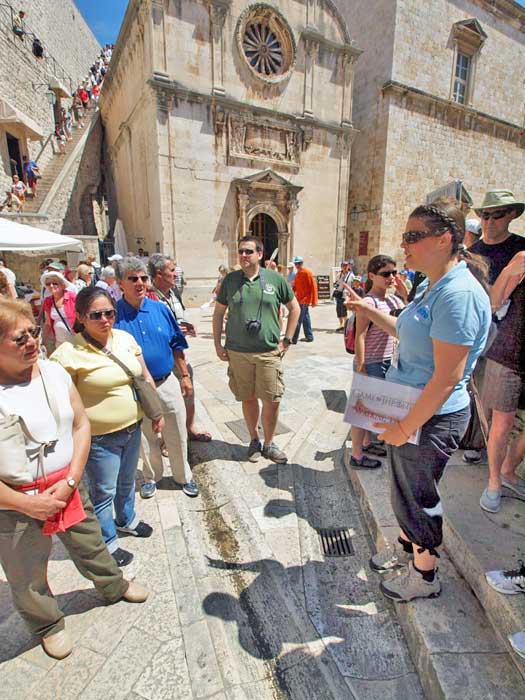 Our tour guide for the day, Ivana. Photo by Nick Hunt

In Ivana’s capable hands we were guided around the various filming locations used in Seasons Two (episodes 1, 5, 6, 7, 8 and 10) and Three (episodes 1 and 10) including the setting of King Joffrey’s name day tourney, the slaying of King Robert’s bastard children, the King’s Landing riot, and the battle of Blackwater.

Using her vast knowledge of her home city and the series, Ivana was able to draw comparisons between the mythical world of Westeros and actual historic events in Dubrovnik.

It’s easy to see why producers decided to film in Dubrovnik. With only minor, temporary alterations to the scenery the city was transformed into the world of George R. R. Martin.

Our first stop was Fort Lovrijenac (St. Lawrence Fortress), an 11th century fortress up a rather steep set of stairs. 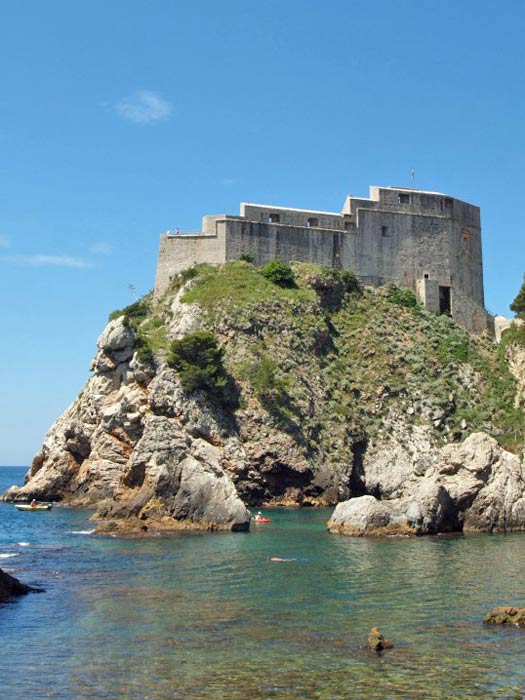 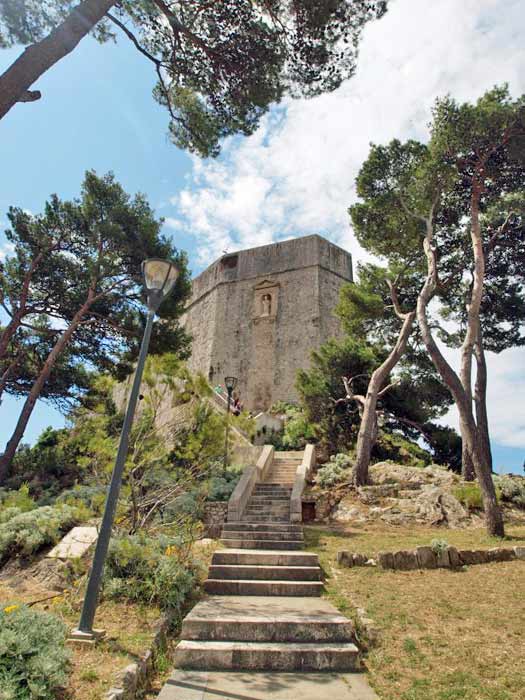 Just outside Dubrovnik’s western wall, during filming the fort was transformed into the Red Keep in King’s Landing – home to the Crown and legendary Iron Throne. Many scenes from the series were shot here including the tournament thrown in honor of Joffrey’s name day.

In real life, the fortress played an important role in protecting the city from the Venetians and today it stages various musical and theater performances. It also offers fantastic views of Old Town Dubrovnik.

In the early 1200s, Venetians tried to build a fort on spot, but the people of Dubrovnik got there first, erecting their own fort in just three months. 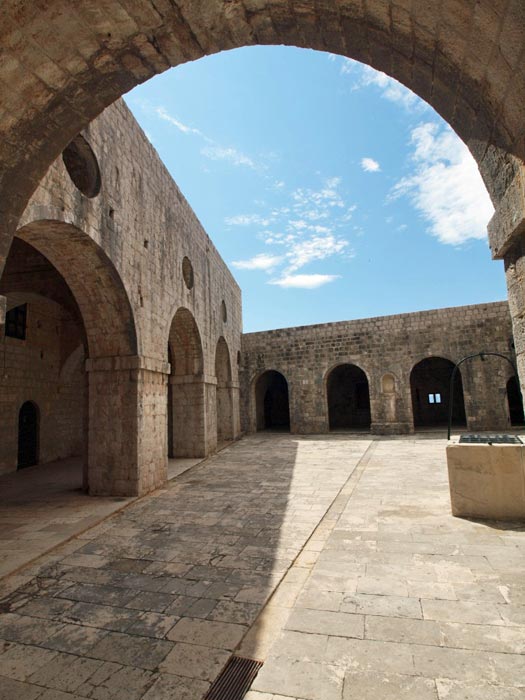 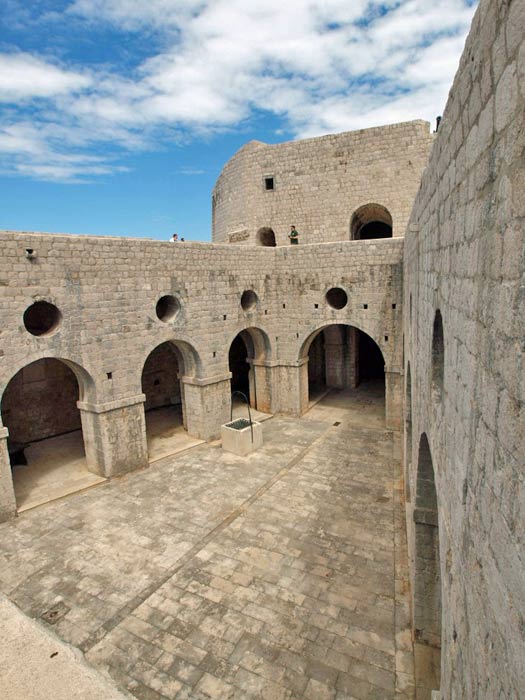 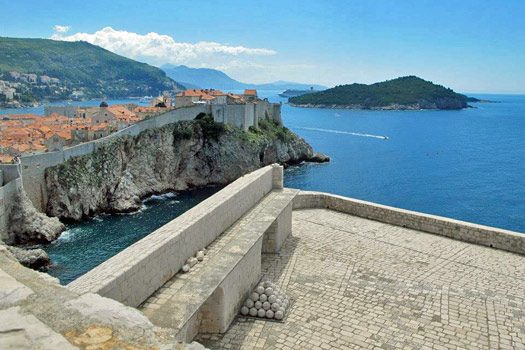 Just below Lovrijenac are two small doors carved into a rocky bay. This was the site of one of the series’ most horrifying scenes, the Slaughter of the Innocent, but its real story isn’t any less awful. These harmless looking green doors were once tidal prison cells where undesirables were locked up awaiting trial, many drowning as the tides came in. 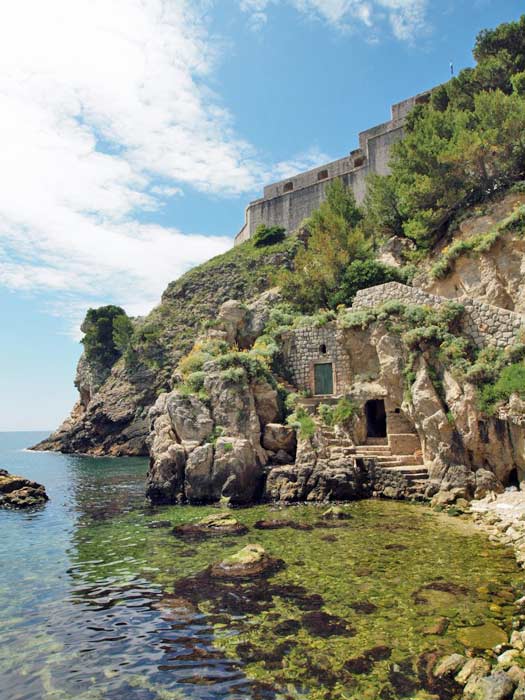 Setting of the Slaughter of the Innocents. Photo by Nick-Hunt

To the left of the tidal prisons is the site of one of the series’ most memorable moments – the Battle of Blackwater. It really is incredible how many varied scenes can be created from such a small area. 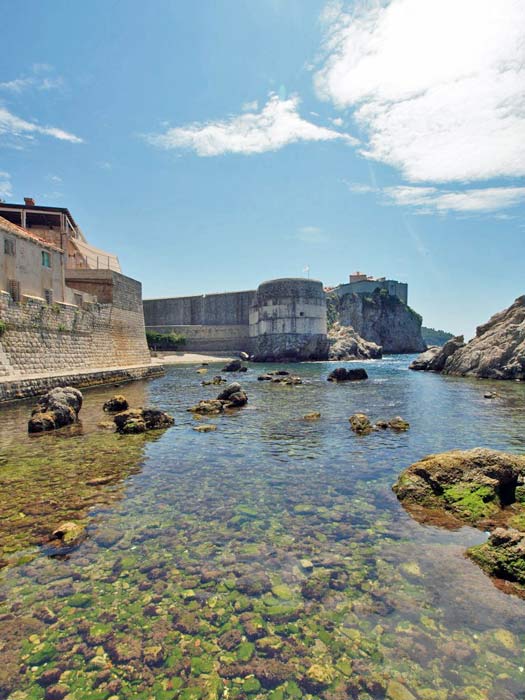 One of the locations for the battle of Blackwater Bay. Photo by Nick Hunt

With the Dalmatian sun bearing down on us it was time to climb the city walls. TIP: bring plenty of water and a hat, it gets warm up there!

From up on the walls you get the best panorama of the town, from Lovrijenac to the Old Port (Gradska Luka).

Just across the water you can catch a glimpse of Lokrum Island that stood in for the port city of Qarth. 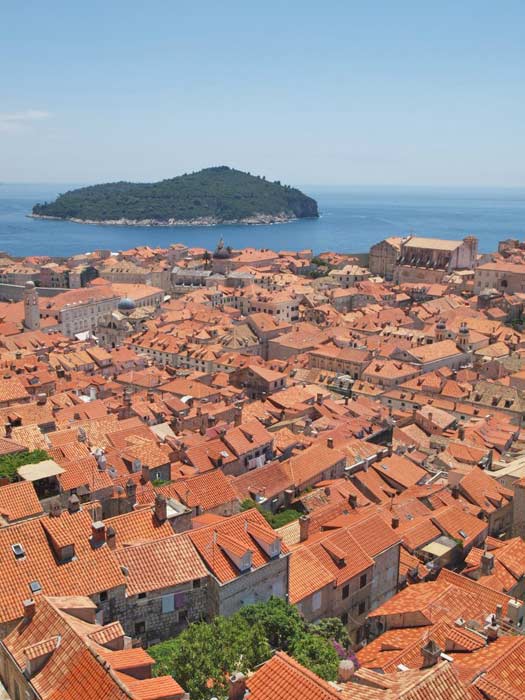 View from the city walls to Lokrum Island. Photo by Nick Hunt 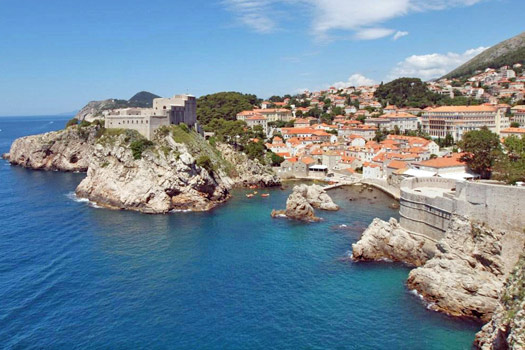 View from the walls to Lovrijenac Fort. Photo by Nick Hunt

A former monastery, and later a holiday home for an Austrian archduke, Lokrum is said to carry a curse that strikes anyone who stays overnight on the island (completely safe for visitors!).

While not included in the tour, it’s a short ferry ride from the port and makes for a lovely day-trip with nature walks, ruins and beautiful beaches.

Minčeta Tower is the highest point of the city walls offering a breath-taking view of the city. It is also where Khaleesi Daenerys Targaryen walked around and around to enter the House of the Undying. 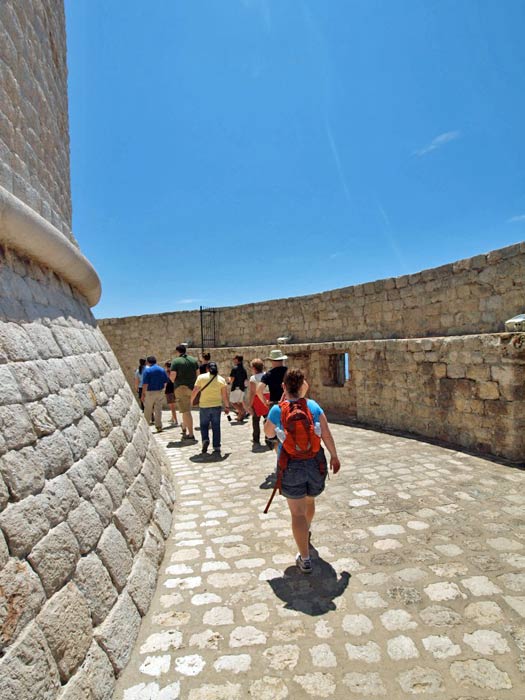 Not only was Ivana a diehard GoT fan and history expert, but she was lucky enough to find work on the show as an extra and a member of the crew.

This meant we were treated to plenty of gossip and filming secrets. Not wanting to give everything away, here are a couple of behind-the-scenes titbits from the tour:

Despite what you’d expect, Jack Gleeson is a lovely young man and nothing like his onscreen persona, the demonic brat, King Joffrey.

And you’ll never guess which actor had all the local ladies swooning… none other than Rory McCann aka the Hound.

With filming returning to Dubrovnik in August there’ll be plenty of sights and stories to add to next year’s tours.

Take a ‘Game of Thrones’ tour of Croatia

Can’t get enough of HBO’s gory and highly addictive “Game of Thrones?” Not to worry: You can now immerse yourself...
April 10, 2014‐Marissa Willman

Avoiding “Game of Thrones” spoilers might as well be a full-time job. With the season finale upon us (already!), it’s...
August 23, 2017‐Tomas Dano

Finding mesmerising real world locations to appear as Westeros and Essos has been key to the adaptation’s triumph.
June 21, 2013‐Brett Ackroyd

CheapflightsEuropeDubrovnik, Croatia: A Game of Thrones Tour of King’s Landing