Design firm Deep Ocean Technology has caused quite a stir this week. Their plans for a Dubai hotel that is half submerged in the ocean are the most outlandish we’ve ever seen.

The two-disc complex has been dubbed the ‘Water Discus Hotel’. With one disc suspended high above the ocean surface, and another submerged deep underwater, the hotel will give a whole new meaning to seeing another side of the world.

Naturally, the hotel is marked to set new standards in luxury, while offering the pinnacle in maritime adventures – namely diving.

Deep Ocean Technology are also at pains to emphasize the safety measures built into its design. Looking like something from a sci-fi or Bond film, its designers are keen for it to avoid becoming the star of a disaster film anytime soon.

Dubai has materialized some incredible construction projects before – think, the tallest building on the planet in the Burj Khalifa, and the monstrous private islands project The World. Let’s just say, we’re not holding our breath on this one becoming a reality – though we really hope it does! 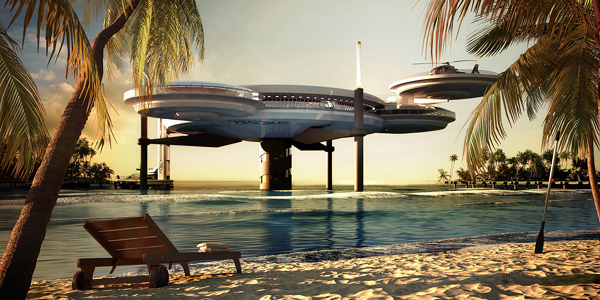 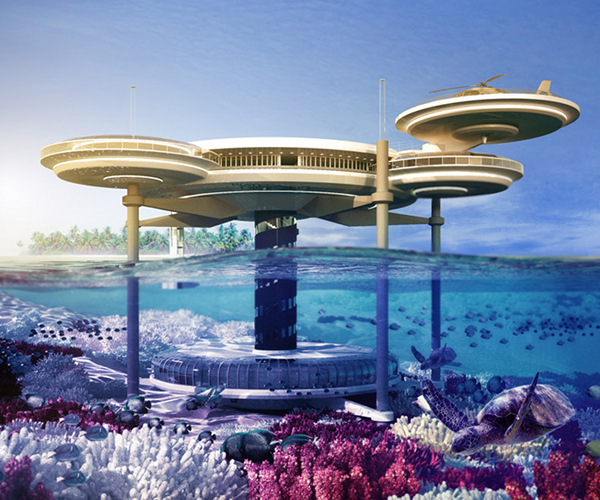 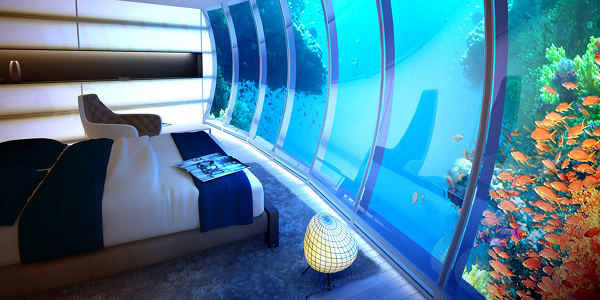