It’s Canada’s 150th birthday this year and what better way to celebrate than by paying a birthday visit to our friendly and welcoming neighbors to the north? In fact, many Americans are already doing just that. Searches from the U.S. to Canada on Cheapflights.com are up eight percent year to date compared to last year.

Luckily, Canada knows how to party, with a number of events celebrating their sesquicentennial anniversary happening throughout the country this year. We’ve collected 15 ways to celebrate Canada on the cheap throughout the rest of 2017, with events taking places from Vancouver to Halifax and everywhere in between. Now’s the time to start making plans to visit the Great White North (which is looking exceptionally well for the big 1-5-0). 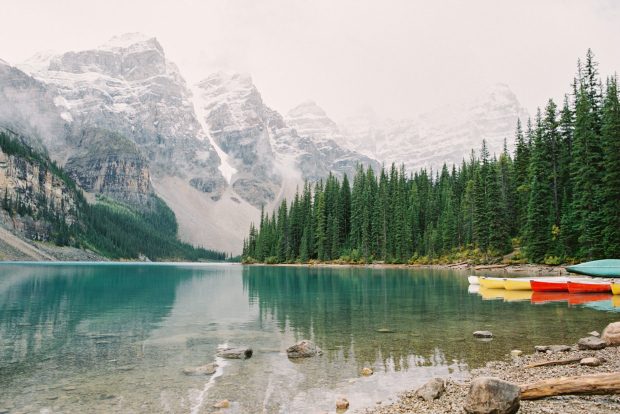 What better way to say “Happy Birthday, Canada” than by opening the country’s national parks to visitors, all for free? For all of 2017, Parks Canada is offering its Discovery Pass, which will allow visitors to enjoy national parks, national marine conservation areas and national historic sites across the country, free of charge.

Toronto: Catch the fireworks from the water 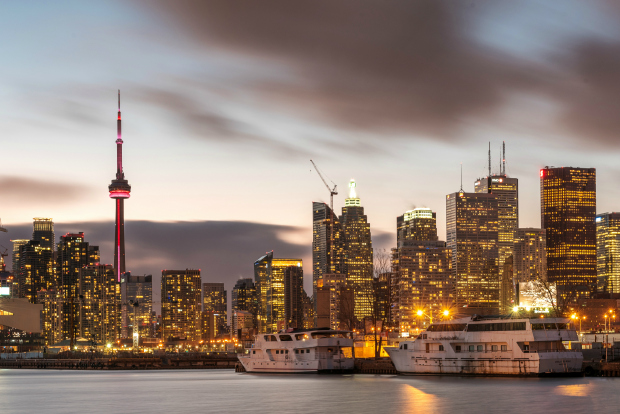 Want to celebrate Canada’s big birthday in a more hands-on way? Get your rowing arms ready. Canoe Toronto is looking for 150 paddlers to participate in canoe parades and races around the Toronto Islands on Canada Day. Participants will take up the oars of 10 voyageur-style canoes – 16-seater canoes in the style of the French Canadian fur traders of New France. Each boat will be staffed by one certified instructor in addition to 15 volunteers, who are encouraged to dress in authentic fur trade-era garb. If that doesn’t entice you, maybe the front-row view of Toronto’s Canada Day fireworks display will. Participants will be able to watch the show on the water from their canoes. 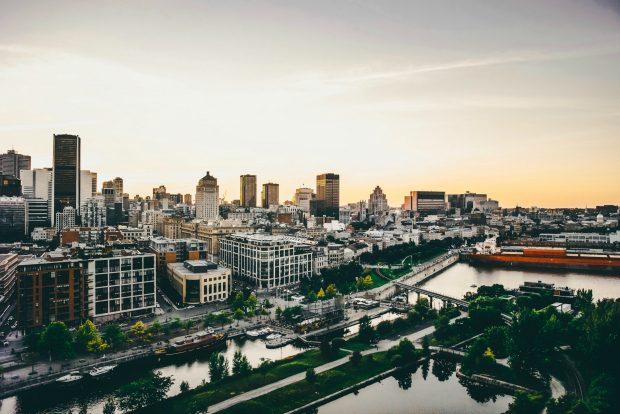 Canada isn’t the only one with a big birthday this year. On May 17, Montreal celebrates 375 years since French missionaries landed on its shores. While it’s no 400th birthday, the city’s 375th anniversary falls in the same years as the 50th anniversary of Expo 67, as well as the country’s 150th, and that’s all the reason they need to celebrate. Head to Montreal anytime this year for events ranging from concerts and art exhibitions to an interactive lighting project that will turn the city’s Jacques-Cartier Bridge into a “kaleidoscope activated in real time by the seasons and the energy of Montrealers.” The bridge’s transformation will be revealed on May 17, the day of the anniversary.

Art can be a great way to bring people together, so the artists and community builders at Canada 150 Mosaic have been teaming up and recruiting communities and Canadians across the country to lend their walls, their artistic abilities and, in some cases, their faces to help in a national art project. A handful of communities in each Canadian province and territory will create a mural in their town, which will be made up of between 400 and 750 individually painted tiles depicting that community’s interpretation of a train moving through town. Individually, each mural will be a symbolic representation of the local community, but, they will also each be individual “storybook pages” that, as a whole, show the train on its journey across the country. So far, 27 murals have been revealed,  with the rest rolling out throughout the year.

Anywhere: Prepare for your travels with a virtual train ride 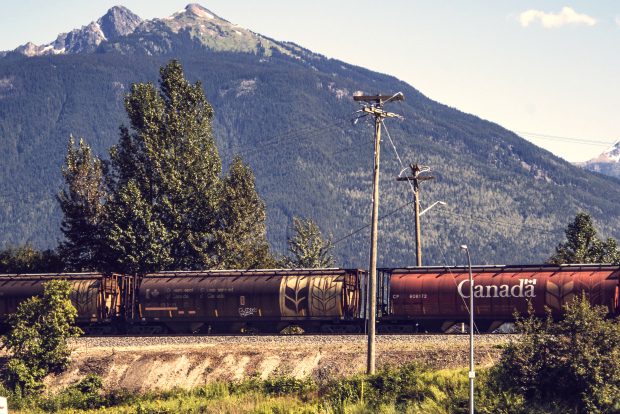 To put you in the mood to explore the country, the Canadian Broadcasting Corporation is unveiling a “uniquely Canadian, multi-platform series offering a close-up, cross-country view of Canada,” with Train 150. The show will take place over a one-week period and will be set on a real, moving train as it crosses the country from east to west, showcasing the natural beauty and shining a spotlight on the backgrounds and captivating personal stories of the train’s passengers who have boarded in cities, towns and villages. The show will also feature prominent Canadian performers from multiple genres, and is only one of the many special programs that CBC and Radio-Canada have lined up to celebrate Canada’s 150th. So if you’re heading to a hotel north of the border, be sure to tune in.

Doors Open Toronto and Doors Open Ottawa are set to welcome both residents and visitors with free access to architecturally, historically, culturally and socially significant buildings, monuments and landmarks across their cities. Doors Open Toronto will take place on Saturday, May 27 and Sunday, May 28. This year’s theme is Fifteen Decades of Canadian Architecture and features highlights from each decade since the 1860s. Since it began 18 years ago, Doors Open Toronto has become the largest such event in Canada, one of the three largest Doors Open events in the world, and has attracted more than two million visitors to nearly 700 locations across Toronto. Doors Open Ottawa will take place on June 3 and 4, offering visitors a free opportunity to explore significant buildings in Canada’s capital. Also be sure to take advantage of Doors Open Ottawa’s free Shuttle Bus service.

Vancouver: Celebrate with a special reboot of The Canada Show 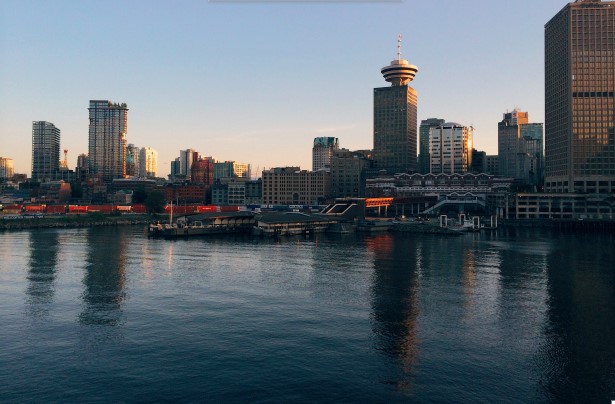 Vancouver Fringe Festival has recalled from retirement The Canada Show, a riotous performance in which three comedic historians try to jam 15,000 years of Canadian history into an hour-long show, running from May 31 through June 2. After debuting in 2001, The Canada Show toured almost nonstop for 10 years. Now, seven years after going into retirement, the show is coming back to celebrate Canada’s big birthday with a history that will bring viewers from “the Bering Strait to Justin Trudeau in 60 laugh-packed minutes,” for a price of CA $25 per ticket.

Ottawa: Get to know the country’s stories with a visit to the National Gallery

Canada 150 Mosaic isn’t the only art project aimed at bringing Canadians together this year. Throughout 2017, Ottawa’s National Gallery will host “Our Masterpieces, Our Stories,” a celebration of art in Canada, that puts visitors in touch with “the legends, themes and worlds that have shaped (Canada’s) cultural heritage.” Special exhibitions will include displays of contemporary art and photography, as well as a new take on Canadian Indigenous Galleries, housed in a reinvented exhibition space. Being called the “heart of the story,” the Canadian Indigenous Galleries will open its doors on June 15. Cost of admission to the National Gallery is CA $12 for adults, CA $10 for seniors and students and CA $6 for children age 12-19. Members and children age 11 and under are free.

Like any good celebration, a birthday is best when shared with friends. So the city of Ottawa is opening its doors to any and all visitors with Ottawa Welcomes the World, a series of events throughout the year featuring programming from partnerships between the City of Ottawa and its many international embassies. Events with partner embassies include Turkey (events from April 23-25), Ireland (June 16), India (September 29) and dozens more. The calendar of free events aim to “promote and strengthen ties between nations on the occasion of Canada’s 150th anniversary,” and will feature food tastings, musical celebrations, artistic performances and more.

Ottawa: Tiptoe through the tulips 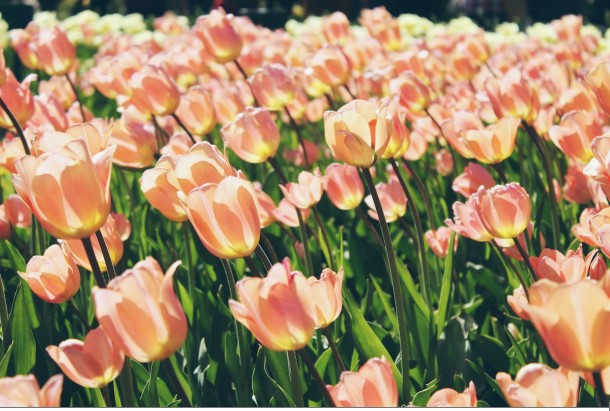 Despite having plenty to celebrate this year, Ottawa will continue its tradition of paying homage to its official flower, the tulip, which it has been recognizing every year since 1953 with the Canadian Tulip Festival. Unique to this year’s festival is the Canada 150 tulip, a special kind of tulip breed to have an “elegant white bloom with red flames (to bear) a striking resemblance to our maple leaf flag.” Around 300,000 of these unique flowers will be showcased at the free event, which runs from May 12 to 22. Visitors and residents are invited to tour any of the three tulip gardens, find entertainment in a variety of musical acts and flower arrangement workshops and celebrate Canada’s symbols both large and small with an impressive display of fireworks. Why the tulip? The flower has been symbolic in Ottawa since 1945 when 100,000 tulips bulbs were sent as a gift to the Canadian people by Princess Juliana of the Netherlands, who wanted to express her gratitude to Canada for sheltering her and her children during the Second World War and for Canada’s role in liberating her homeland.

While it’s clear that Ottawa is excited about Canada’s 150th, other cities are getting in on the fun, too. From June 21 to Canada Day on July 1, the city of Victoria will host Spirit of 150 Victoria, 11 days of free outdoor events in the city’s Inner Harbor. The event will commemorate multicultural artistry on a national and citywide level, featuring live music, activities and a diverse sampling of food, before culminating in a line up of main stage programming and fireworks display on July 1. The full schedule has yet to be announced.

To both celebrate this year’s major anniversary and acknowledge the vast history that existed across this land before 1867, the city of Vancouver is hosting an event called Canada 150+, which will feature community strengthening events throughout 2017. Major events will include the Gathering of Canoes in Vancouver Park and a 10-day festival in downtown Vancouver, both to take place in July, as well as a Walk for Reconciliation set for September. The city of Vancouver says the events will allow residents and visitors to “engage in vibrant, interactive programming of traditional and contemporary Indigenous performances, arts and crafts, culture, fashion, feasts, music and multimedia.”

National: Immerse yourself in a cinematic view of Canada

Chosen as a signature project of Canada 150, SESQUI is an immersive cinematic experience, giving viewers a “ journey into the heart and soul of this great country, powered by advanced technology.” SESQUI features a full dome, surrounding visitors with 360 degrees of virtual reality storytelling, interactive content, online activities and learning programs, showcasing the best in Canadian art and innovation in an engaging and creative way. The SESQUI dome and its feature film, Horizon, will be paying visits to communities across Canada throughout the upcoming year. It’s hard to simply sum up all that the SESQUI project is, so visit its website to get a better understanding and to check if they will be coming to a community near you.

There’s more to Canada than just the land. In fact, in celebration of Canadian waters, more than 40 Tall Ships will be making their way around Canada, with stops in more than 35 different ports, as part of the international Rendez-Vous 2017 Tall Ship Regatta. The race begins in England on April 13 and finishes in France between August 31 and September 3, making stops in Portugal, Bermuda, the United States and Canada along the way. The ships are scheduled to arrive in the Gulf of St. Lawrence on June 30 and will sail into Quebec City for an event-filled celebration from July 18 to 23. Along the way, the fleet will stop in 30 Canadian ports, including a final stop in Halifax, before crossing back to France in the last leg of the race.

National: Get your Canadian movie fix

Movie lovers, rejoice. April 19 is National Canadian Film Day 150, a chance to see the best of Canada from the big screen. To mark the sesquicentennial, REEL Canada is organizing this nationwide film to highlight the best of Canadian cinema. Look for showings online or on air, and in more than 800 screenings in theaters, libraries, city parks and public venues in communities across the country. There’s no better way to celebrate the deep entertainment talent of Canada than with a national day at the movies.

With so much to see in this great country, there’s no better way to celebrate Canada’s 150th birthday than to get out there and experience all that makes Canada, from the Atlantic to the Pacific. How do you plan on celebrating Canada’s birthday this year? Let us know in the comments below.