The coastal California city of San Diego is home to beautiful beaches, amazing art and exciting epicurean delights. Some 34.3 million people visit San Diego annually, and visitors spend $9.9 billion annually, according to the San Diego Tourism Authority. But you don’t have to break the bank to enjoy San Diego. There are dozens of free things to do, and many more that are cheap and won’t set you back more than $5. Before you start searching for that flight on Cheapflights.com, here are 16 things to add to your itinerary that are either free or cheap.

Get your sweat on 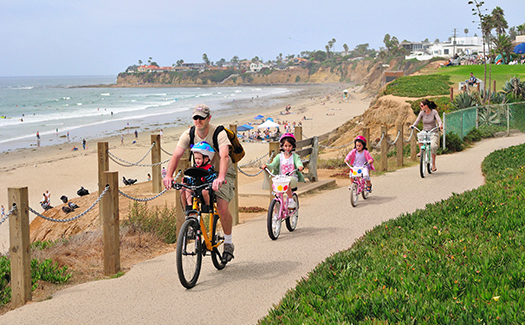 Bike, walk or jog along Mission Bay Aquatic Park’s many trails. Outdoor exercise enthusiasts share more than 20 miles of scenic paths winding through sunlight and shade near the shoreline with workout courses at planned stations along the route.

You can also take a stroll through the Liberty Station ARTS DISTRICT. Held on the first Friday of each month, the free Friday Night Liberty art walk offers art fans the chance to meet working artists, enjoy dance, theater and music performances, visit museums and galleries, and explore the growing historic district that once housed the Naval Training Center. Visitors can start their tours at the information desk in the Dick Laub NTC Command Center and pick up a monthly program and district map.

Take selfies on a ‘potato chip’ 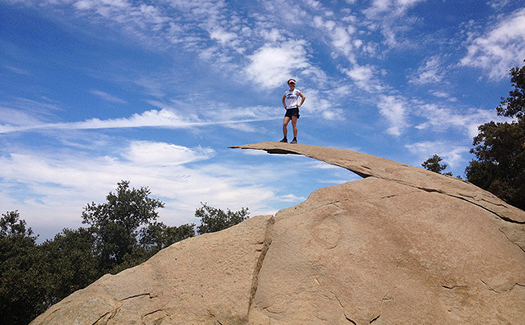 Head to Mount Woodson and hike along the nearly seven-mile trail. Don’t miss the chance to take selfies on “Potato Chip Rock,” the remains of a granite boulder that resemble a potato chip.

Get a history lesson 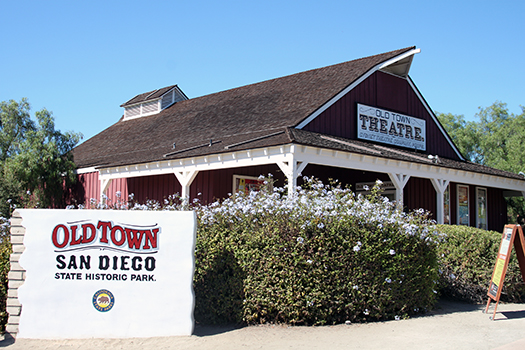 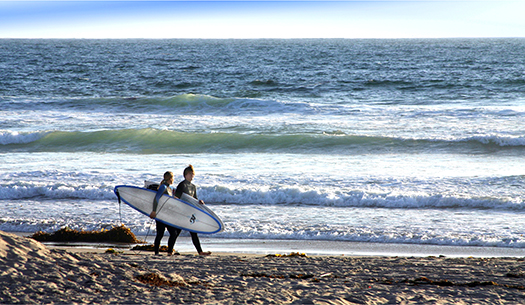 Life’s a beach in San Diego. Head to one of San Diego’s 30-plus beaches, all open to the public for free for body surfing, boogie boarding, building sandcastles, collecting seashells and general fun in the sun. Some of the most popular beaches are located along the 17 miles of coastline around Mission Bay Park. 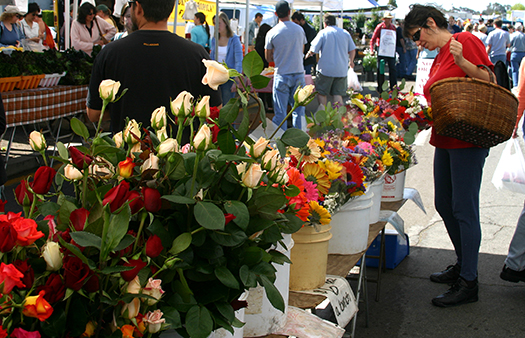 Sample some of the more than 200 varieties of fresh produce grown in San Diego at one of the region’s many farmers markets, held daily at locations throughout the county.

Enjoy free outdoor organ concerts at one of the world’s largest outdoor pipe organs at the Spreckels Organ Pavilion in Balboa Park. The organ was gifted to San Diego in 1914 and features 5,000 pipes. Since 1917, San Diego has had a civic organist who performs the weekly concerts every Sunday at 2 p.m.

Get up close with nature 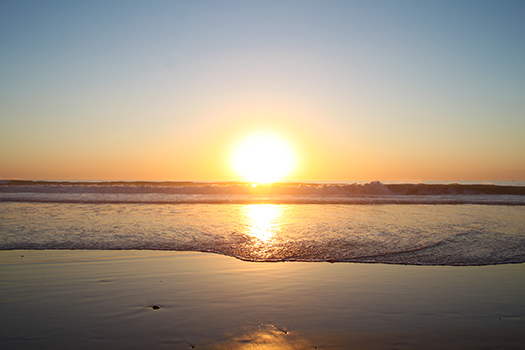 Explore the clear, shallow tide pools of La Jolla Cove and Point Loma when the tide is low and the pools are teeming with aquatic life. 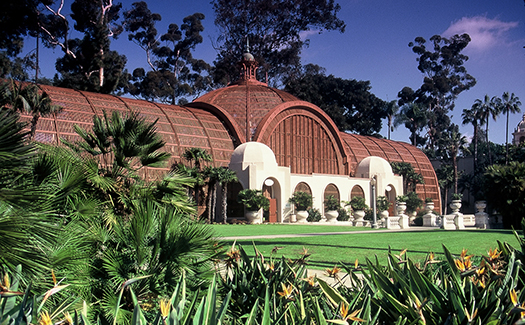 Take a walk through the 1,200-acre Balboa Park, the largest urban cultural park in the U.S., and admire the Spanish Colonial-Revival architecture and lush gardens. Visitors can take advantage of the park’s free ranger-led walking tours at 11 a.m. on Tuesdays and Sundays.

Also free of cost is admission to the massive Botanical Building, which houses more than 2,100 plants, and the Timken Art Museum, which houses a collection of paintings by European masters like Rembrandt and Rubens.

Go on a free, self-guided walking tour of The Stuart Collection, a display of contemporary sculptures scattered throughout the University of California, San Diego campus in La Jolla. Tour maps are available at the Gilman Drive campus entrance. 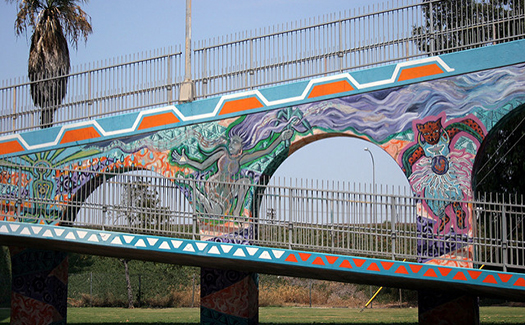 Check out the massive Chicano Murals. (Image: kellinahandbasket, The High and Low Roads via CC BY 2.0)

Experience the history of the local Hispanic community’s struggles and triumphs with a free visit to the Chicano Park Murals. Set beneath the San Diego-Coronado Bridge, the cultural park was established by activists in 1970 and is populated with murals that narrate the history of Barrio Logan, where the park is located.

Have a pint or two 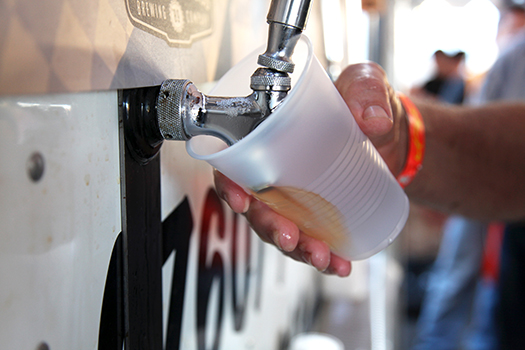 San Diego has a lively craft beer scene. Tour one of San Diego’s 130-plus breweries, many of which offer free tours. Some breweries charge a small cheap fee for tours, but many include complimentary samples. 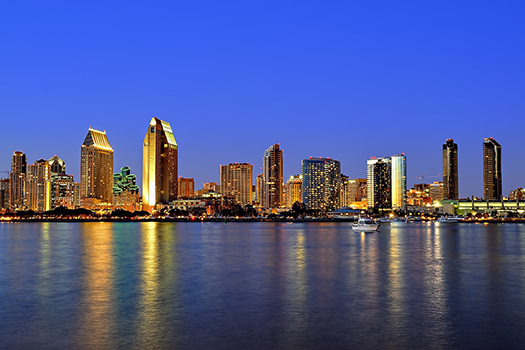 Take a cruise on the Coronado. (Image: Courtesy John Bahu)

Hop aboard the Coronado Ferry and cruise across the bay from Coronado Ferry Landing to downtown San Diego with a scenic 15-minute ride. The ferry operates every half hour daily and costs just $4.75 each way. That’s a cheap ride. 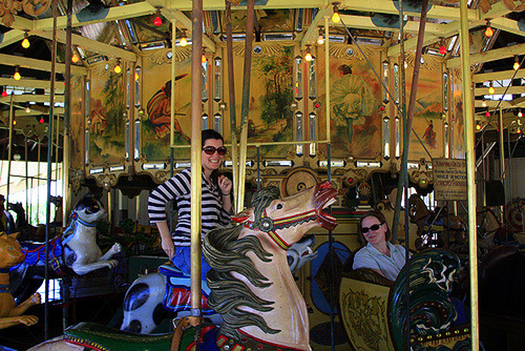 Around and around you go! (Image: jill, jellidonut… whatever, Wee! via Flickr CC BY-SA 2.0)

Take a spin on a vintage carousel in Balboa Park, adjacent to the San Diego Zoo. The Balboa Park Carousel was built in 1910 and features original hand-painted murals. Military band music serves as the soundtrack to the nostalgic ride. Rides are cheap and only cost $2.75 per person.

Eat saltwater taffy in Seaport Village, a waterfront shopping, dining and entertainment complex. Locals love to indulge in any of the 17 flavors of saltwater taffy at the whimsical Cousin’s Candy Shop.

What’s the first thing you would do in San Diego? Let us know in the comments and start planning your next trip.

Search for flights to San Diego