The first coast-to-coast total solar eclipse in America since 1918 will be happening on Aug. 21. With the arc of the eclipse spanning from the Pacific Northwest across the heartland to the Carolina low country, there is no shortage of good spots to catch the show. Prime viewing spots include some off-the-beaten path locals. To see which of the towns along the eclipse route are drawing the biggest relative crowds, we crunched the numbers to see which spots along the eclipse’s path are seeing the biggest spikes in flight searches*. The five destinations topping the list are getting lots of attention right now among scientists and eclipse chasers alike. However, they’re all worthwhile places to visit in their own right – with or without an eclipse.

Whether you’re visiting to see the eclipse or you’re curious about what these towns and cities have to offer, we have the skinny on what to see and do in the top five eclipse towns. 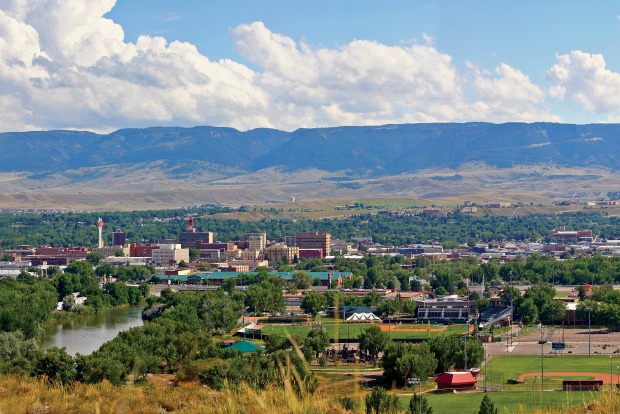 This central Wyoming city is an ideal destination to see the eclipse, thanks to a high probability of clear skies and an altitude of more than 5,000 feet. But the historic celestial event isn’t the only reason to plan a trip to Casper. With its picturesque mountain scenery, fresh air, multitude of trails for hiking and biking and the North Platte River that flows right through the downtown area, Casper is the perfect getaway for anyone who likes to spend time outdoors.

Hot enough for you? If you’re visiting Casper during a hot spell, take some time to refresh with a leisurely float on the North Platte River on your flotation device of choice (inner tubes are most popular). You’ll need a life jacket, but they can be borrowed for free from the Casper Fire Department.

Anyone looking for something to exert a bit more energy should explore Casper Mountain’s many recreational trails, including the 4.5-mile Bridle Trail at Rotary Park, which begins at the base of pretty Garden Creek Falls and offers hikers beautiful views of the city.

Experience Casper’s local art scene on the first Thursday of each month from May through December, with an Art Walk, a free event wherein visitors and locals can check out galleries and enjoy food, music and entertainment while discovering the city’s vibrant downtown area. The Nicolaysen Art Museum (dubbed “the Nic” by locals) is another great place to get your art fix in Casper.

Getting in: Casper/Natrona County International Airport 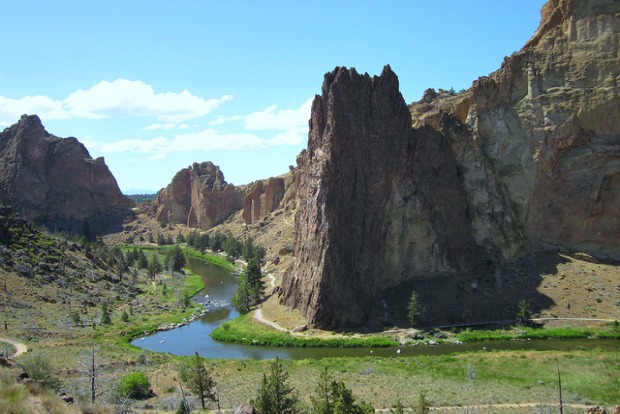 Located in the heart of central Oregon, the high-desert town of Redmond gets 300 days of sunshine a year, nicely balanced by cool desert evenings. The Aug. 21 eclipse will be a huge draw for potential visitors, but there’s a lot more to see and do in Redmond than just look (indirectly) at disappearing sun. A mecca for mountain bikers and climbers, Redmond also boasts a growing craft beer scene, hiking trails, the chance to get out on the water in a kayak or stand-up paddleboard, great antique shopping and numerous spots to sit back and relax at a quaint café or bar.

Smith Rock State Park is a good place to start your discovery of the Redmond area and the 651-acre park is just a short drive north of the city. Here you’ll find numerous hiking and mountain biking trails, as well as over 1,800 rock climbing routes. Smith Rock is known as the birthplace of U.S. sport climbing and offers routes for climbers of a variety of skill levels.

Beer fans take note: Redmond is home to five homegrown craft breweries, with Cascade Lakes Brewery Company being the most established of the five, having opened its doors in 1994. Since then several more breweries have followed. Stop by 7th Street Brew House to taste some of Cascade’s best beers at the daily happy hour or grab some bottles to go.

If you’re looking for something a little different, Redmond Caves Recreation Area offers the chance to head underground. Here you’ll find a group of five caves formed by the flow of lava from the Newberry Caldera. The caves, once used by Native Americans thousands of years ago, are today open year-round and free to enter. You’ll want to bring some sturdy shoes and a flashlight (one per person) if you’re heading in to explore.

Getting in: Redmond Municipal Airport 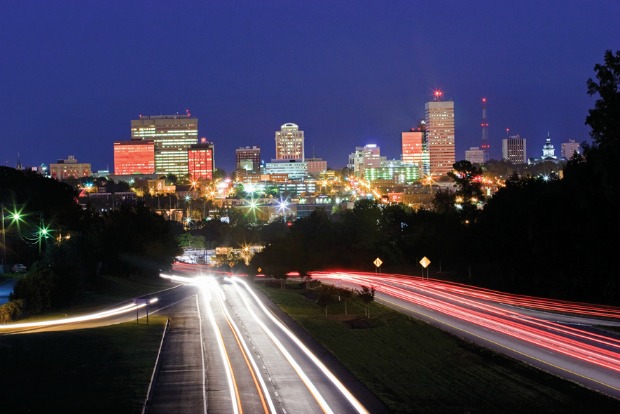 Set amidst some seriously stunning natural beauty, South Carolina’s capital offers visitors plenty to do. There are great options if you like spending time in the great outdoors, but Columbia also has its fair share of big city charm with a host of dining, shopping and entertainment options. Whether you’re on the eclipse trail, or just curious about what this southern city has to offer, you won’t be bored.

What better way to spend a late summer day than on the water? You’ll find Columbia at the junction of the Saluda and Broad Rivers, which merge to form the Congaree – an awesome spot to paddle a kayak or simply float downriver in an inner tube. You can rent either from various outfitters, including Palmetto Outfitters.

Shoppers will want to check out a few key areas in Columbia. Whether you’re in the mood to browse or buy, top shopping spots including Devine Street, called Columbia’s Madison Avenue, the Vista with its array of galleries and restaurants, or funky, up-and-coming North Main Street for handmade goods and furniture.

Columbia is a diverse city, being home to people from more than 200 countries, who speak over 90 languages. Experience some of this diversity with a visit to buzzing Soda City Market, which covers three city blocks every Saturday. Here you’ll find everything from Jamaican jerk chicken to comforting Korean bulgogi.

Getting in: Columbia Metropolitan Airport 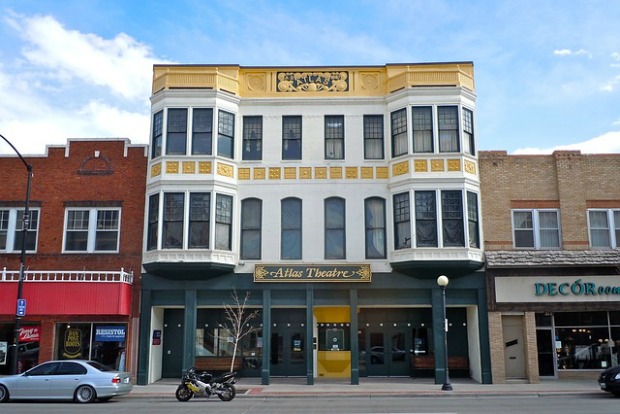 Wyoming’s capital city, considered America’s rodeo and railroad capital, is a great place to base yourself for a few days, either for some eclipse viewing or simply to check out a historic corner of the country. Make sure to take advantage of everything Cheyenne has to offer, including museums that highlight the area’s history, farmers’ markets, campgrounds, parks, hiking and biking trails, breweries and the chance to stock up on Western-themed fashion and décor.

Get a feel for the city and its history, as well as some in-depth information about Cheyenne and is past, with a fully narrated tour aboard the Cheyenne Street Railway Trolley, which offers daily 90-minute tours through the end of September. During the week, the trolley stops at several popular attractions where you can get off, explore and then jump on the next trolley. Weekend tours are two hours and make one stop at the Frontier Days Old West Museum.

Anyone who loves trains will have a lot to discover in America’s railroad capital, including the chance to see the world’s largest steam locomotive, the Big Boy Steam Engine, located in the southeast corner of Holliday Park. Cheyenne Depot is another good train-focused spot to check out. The National Historic Landmark is known as one of the most beautiful railroad stations in the world and is now home to the Depot Museum, where visitors can learn more about the history of rail travel. The Depot also hosts events regularly, so keep an eye on the calendar to see what’s going on.

Just 30 minutes outside the city you’ll find Curt Gowdy State Park and Vedauwoo Recreation Area, offering the chance to get outdoors for some hiking, biking, camping or water sports. Cheyenne Botanic Gardens offer a way to get a little closer to nature without leaving the downtown area (and without the need to hike or bike anywhere).

Getting in: Cheyenne Regional Airport 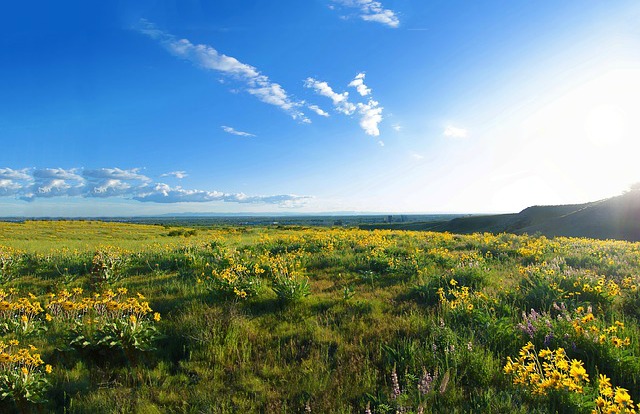 Whether you’re planning to visit Boise to catch the August eclipse, or you’re just on the hunt for a diverse travel destination, Idaho’s capital offers a little something for everyone. The largest city in Idaho is a lot more cosmopolitan than you might think, with a lively downtown area, an abundance of restaurants, breweries and wine bars, a vibrant nightlife scene and enough outdoor activities to keep you busy.

The 25-mile Boise River Greenbelt is one of the most popular green spaces in the city and offers a leisurely way to explore Boise on foot. The tree-lined pathway follows the river through the city and connects more than 15 parks. Walk or bike along the pathway for a scenic way to spend an afternoon.

Boise Art Museum is a definite must for art lovers. The museum features a comprehensive collection of contemporary art and rotating roster of exhibitions, covering nearly 35,000 square feet. The museum is also home to a sculpture court, gift shop and education wing. Another way to discover art in Boise is by way of Freak Alley Gallery, where you’ll find a sprawling outdoor mural gallery.

The Capital City Public Market makes for a relaxing way to spend a Saturday morning or early afternoon in the city. Opened in 1994, the bustling market has over 150 vendors, which cover four city blocks. Browse stalls piled high with fresh local produce, baked goods, prepared foods, meats, fish and artisan crafts, all of which would make for great souvenirs. The market also hosts regular events, so check their calendar before you go.

Getting in: Boise Airport

If you’re heading to one of these towns to catch the eclipse or going for one of the many great reasons detailed above, let us know in the comments.

*Just so you know, increases were measured by comparing searches for the final weekend prior to the eclipse (Aug. 19-20) to the average of searches conducted for the preceding six weekends.

Catch a complete solar eclipse Nov. 14 down under.
Jerry Chandler

The Japanese love cherry blossoms so much they have a word dedicated to the act of appreciating them – hanami. Here are the top five places in the world to indulge in some hanami.
Brett Ackroyd

Keep an eye out for tonight’s solar eclipse

Cities like Guangzhou, Taipei, Tokyo and Albuquerque will be treated to a stellar show today.
Brett Ackroyd