The 70,000 cast members who work at Walt Disney World in central Florida are experts at delivering magic – and, if you’re over 21, delicious adult beverages.

Though the Magic Kingdom is mostly “dry,” except for one restaurant, EPCOT, Disney’s Hollywood Studios and Disney’s Animal Kingdom offer dozens of places to sip, savor and toast your vacation at “the house the mouse built.”

From imported and domestic beer and wine to creative concoctions you won’t find elsewhere, we walked the parks to find all the places to buy alcoholic drinks. If your desire is to drink your way around the park or just have a fine wine at dinner, this is the definitive guide to where to find a quality beverage. You might be surprised that it’s not a small (drinking) world after all. But, as always, drink responsibly — especially when Space Mountain is on the agenda!

The first Walt Disney World theme park in Orlando, Fla. debuted in 1971, and it is the last of Disney’s quartet of theme parks to introduce the sale of alcohol to park-goers. The Magic Kingdom began serving alcohol with the opening of Be Our Guest Restaurant in 2012 as part of the Fantasyland expansion. It’s the only place in the park to get an adult beverage.

Be Our Guest Restaurant: The Beauty and The Beast-themed Be Our Guest Restaurant offers fine French wines and beers alongside fine French fare in the Beast’s enchanted castle. Diners who dine-in at the 500-seat restaurant during dinner hours can select from 21 French and California sparkling, white, red and dessert wines and seven Belgian and French beers. Wines are available by the glass and bottle. Options include Veuve Clicquot Ponsardin Brut Yellow Label, Helfrich Pinot Gris and Terra d’Oro Moscato. Despite it’s name, adjacent Gaston’s Tavern doesn’t serve alcohol; however, it does serve the non-alcoholic LeFou’s Brew, a concoction of frozen apple juice with a hint of toasted marshmallow, topped with passion fruit mango foam served in a souvenir goblet or souvenir stein.

Special Event: In addition to fixed attractions, Walt Disney World offers park-goers exclusive opportunities to enjoy the park (and alcohol!) with special events available for an additional price by reservation only.

Park-goers who want a front row seat to the nightly Wishes Magic Kingdom fireworks show can cruise the Seven Seas Lagoon and enjoy Ferrytale Wishes, a dessert party and fireworks viewing. Aboard the ferry (which launches at the Transportation and Ticket Center), cruisers enjoy desserts like Polynesian De-constructed Pineapple Upside Down Cake; Cinderella’s Sugar Slipper with Orange Financier and Mini “Fireworks” Cupcakes with a Pop, plus drinks served with and without alcohol in glowing glasses.

The 303-acre EPCOT (Experimental Prototype Community of Tomorrow) was the second park to open in Orlando. Since 1982, the park with its iconic Spaceship Earth geodesic sphere has delighted visitors who enjoy the Future World and World Showcase attractions (as well as a good drink!).

Future World is a place to explore technology and the planet Earth; it also provides a variety of places to grab a great drink.

The 11 nations plus an African-themed outpost comprise the World Showcase, which stretches along a 1.3 mile promenade. Many adults enjoy drinking their way around the world as each country offers the opportunity to do so. 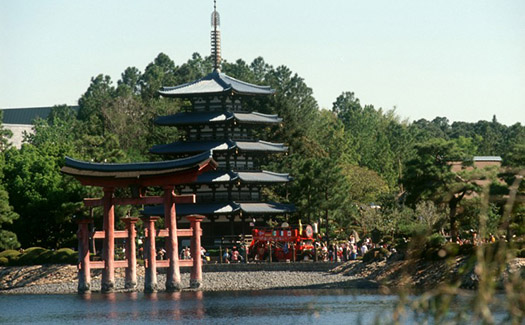 Special Events: In addition to fixed attractions, Epcot offers park-goers exclusive opportunities to enjoy the park (and alcohol!) with special events available for an additional price by reservation only.

Opened in 1989, Disney’s Hollywood Studios lets guests experience the glitz and glamour of Hollywood. There are plenty of places to sip drinks like a celebrity too.

Debuting in 1995, this 400-acre park divided into four “Lands,” Africa, DinoLand U.S.A., Discovery Island and Asia. There are a multitude of places to try a tipple or two while enjoying the sights and sounds of Animal Kingdom.