Before you head to the polls Tuesday, take a look at the just-for-fun survey the Cheapflights team put together in honor of the 2012 Presidential Election.

We asked travelers which political figures they’d want to pilot their plane – and which they’d like to throw off.

The results: Barack Obama won both – further proof this election is too close to call. Take a look further at which individuals voters favored: 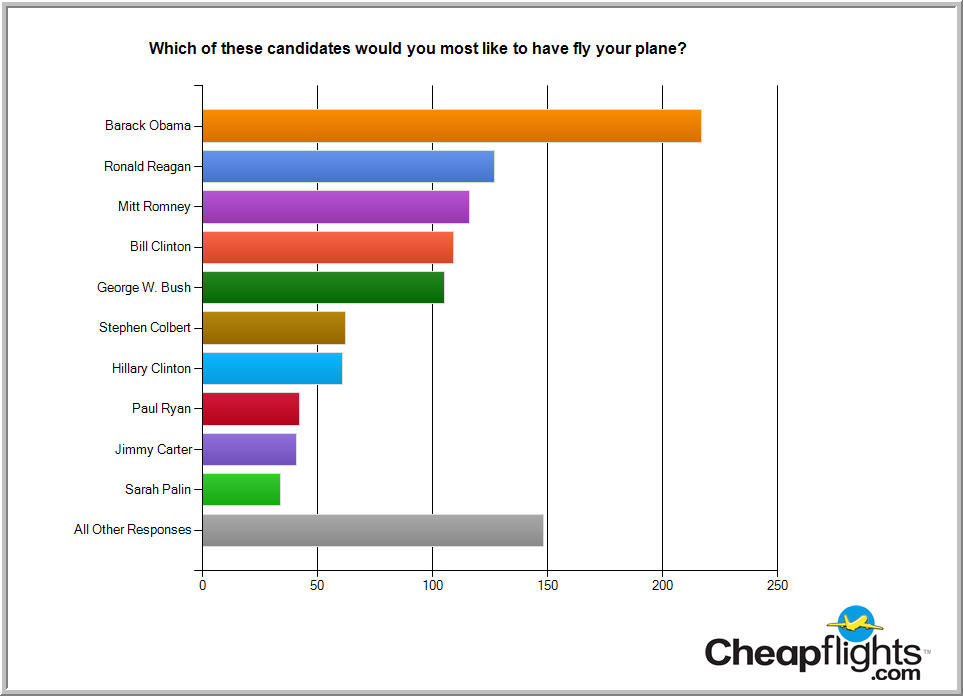 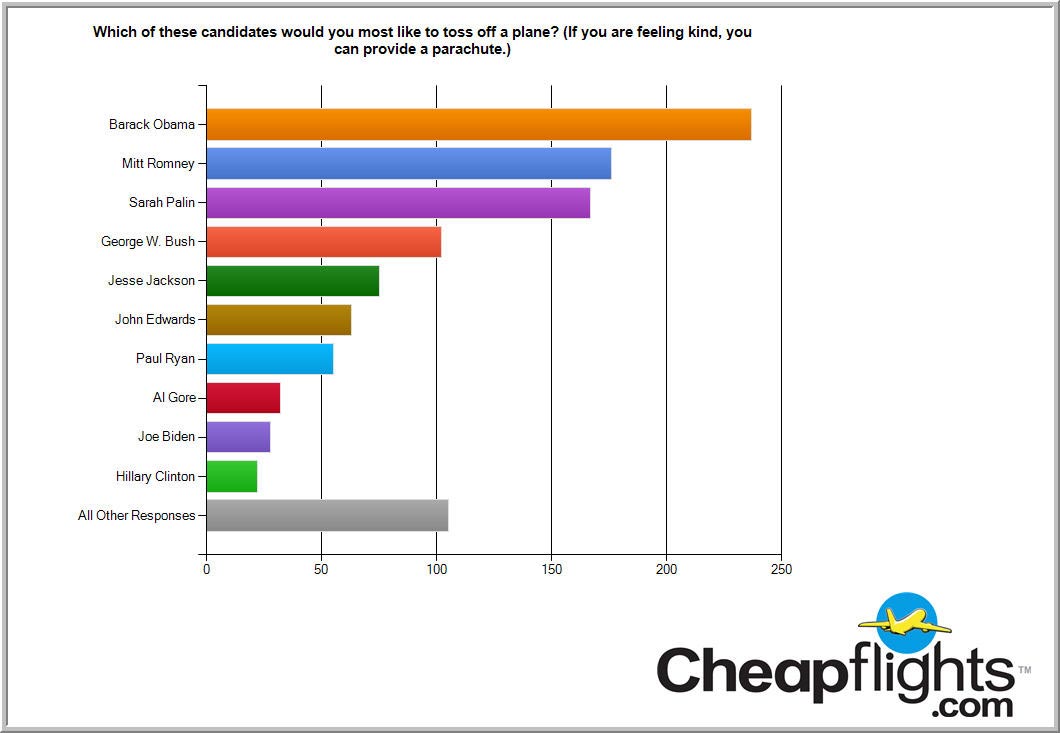 The survey, while lighthearted, offers some revealing results about leadership and likeability for candidates past and present. Do you think party affiliations or individual preferences are driving the results? Let us know on Twitter: @Cheapflights.

Which presidential candidate do you want to fly your plane? was last modified: June 26th, 2019 by Pleasance Coddington