Great meals, dining experiences and hotel stays can create vacation memories to last a lifetime. But before you break out the extra coinage as a token of your appreciation, you’ll need to bone up on tipping etiquette in your host country. To help you navigate international tipping customs, here’s a guide on how to tip in 19 countries around the world.

When leaving a tip in Italy, you should do it because the service was truly exemplary, rather than out of obligation. In restaurants, 10 percent is a good tip. Tipping taxi drivers is not customary, though you can round up or leave one or two Euros for exceptional service. And if you’re planning on taking a romantic gondola ride in Venice, put your wallet away – tipping is not customary for gondoliers. 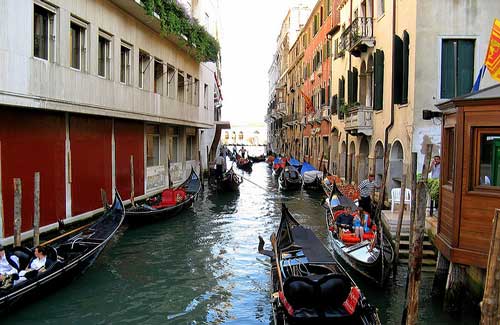 A canal in Venice (Image: HarshLight)

Tipping isn’t expected in the Land of the Rising Sun – in fact, offering a tip can be seen as rude. This includes restaurants, taxis, hotels and tour guides. Don’t mistake a no-tipping culture for a culture of bad service, though; Japan’s service culture is one of the best in the world. Feel free to enjoy top-notch service without the pressure of tipping.

Speaking of no-tipping cultures, keep your bills in your pocket while traveling through South Korea, too. Good customer service is expected without the bribe of extra cash after a meal. One exception, though, are taxi cabs: it’s standard to leave the driver with the change (usually small coins) after paying your fare.

Tipping isn’t part of Chinese culture, so don’t be surprised if service workers refuse your money during your trip to China. Taxi drivers are one group in particular who may refuse your cash, as accepting tips is still illegal for drivers in much of the country. There is one service person you should expect to tip, though, and that’s your tour guide. Guides depend on tips to make the majority of their income, and you’ll want to set aside at least $10 to tip your guide at the end of the tour. 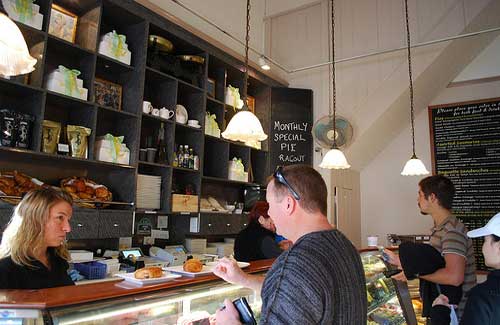 A 15 percent service charge is automatically included in your check at restaurants and cafes, but you’re free to leave up to five to 10 percent extra at a restaurant for good service. At a cafe, you can round up to the nearest Euro. Leaving small coins, rather than adding a tip to your credit card bill, is best.

You’ll want to carry a tiny arsenal of small change while visiting Mexico, as tipping is customary not only for restaurant and hotel staff, but also for helpful people like parking lot guards and grocery store baggers. At restaurants, expect to leave between 10 and 20 percent. For parking lot guards and grocery store baggers, a tip of about five pesos is appreciated. If you leave a tip in U.S. dollars, use bills – coins cannot be exchanged.

When visiting the Central American country of Costa Rica, always check your bill at the end of the meal. Some restaurants will add a 10 percent service charge to your bill, in which case you can add an extra five to ten percent if the service was exceptional. Other restaurants do not add such a charge, so you may want to tip 15 to 20 percent for a job well done. Taxis are a different story, and while tips are not expected, it is customary to round your fare up to the next dollar and leave the change with the driver. At the hotel, tip your bellboy about $1 per bag and the housekeepers $2 per day. Don’t forget your tour guides, who should get between $2 and $10 per day.

Keep plenty of pesos on hand while visiting Argentina, as tipping has become more and more commonplace over the years. Ten percent is a common tip amount in restaurants and for tour guides, while you may want to bump your gratuity up to 15 or 20 percent when it comes to leaving a tip at the spa. Taxi drivers typically aren’t tipped, but be sure to leave your bellhop and housekeeper a peso or two per bag or night, respectively.

Add Brazil to the list of countries where tipping is not expected. In restaurants, though, you’ll usually find a “servico” charge of 10 percent added to your bill, and while you can refuse to pay it, this is usually reserved for situations where the service was very poor. Taxi drivers are usually tipped by rounding your fare up to the next R$ and leaving the coins with the driver.

Restaurants and hotels in Dubai often add a 10 percent service charge to your bill, but this tip doesn’t always make it to the staff who served you. If you felt the service was good, leave a 10 to 15 percent tip with the wait staff and AED 5 to 10 for bellhops and valet attendants. When tipping taxi drivers or food delivery staff, round your bill up to the nearest note.

Tipping is very much a part of Canadian society, and when visiting our friends to the north, expect to tip as you would while in the U.S. It’s not required, but you wouldn’t walk out of a restaurant back home without leaving a dollar or two on the table, would you? The standard 15% rule applies in Canada when tipping at a restaurant, in a cab or at the spa. A few dollars for your valet, bellhop and housekeeper at the hotel is also appreciated.

Tipping etiqeutte in the U.K. is somewhat similar to tipping in the U.S. While you’d never tip at a takeaway restaurant, expect to leave 10 to 15 percent to thank the staff for good service at a sit-down restaurant. About 10 percent is customary for taxi drivers, though some passengers may tip by rounding their fares up to the nearest pound. Small tips are also appropriate for bellhops and housekeepers at larger hotels. One big difference between tipping in the U.S. and U.K., though, is that you should keep your small bills away at the bar — patrons are not expected to tip at pubs in the U.K.

How much you tip in Spain depends on where you are. For higher end hotels and restaurants, expect to leave a tip. Five to ten euros is sufficient for an exceptional concierge, while one to two euro per bag for the bellhop and up to five euro per day for the housekeeping staff will show your appreciation. Ten percent at a restaurant is also courteous.

Whether you’re soaking up the sun in Santorini or exploring the ancient ruins of Athens, be sure to tip when dining at restaurants. While it’s not exactly a part of Greek culture, there is an expectation that tourists will tip about 10 percent when dining out. Your bill may also include a “service charge,” which is a nominal fee (about one euro or so) that covers the cost of the water and bread served at your table. Taxi drivers also expect tips from tourists, and this rings even truer when you’re in a touristy area. Expect to tip five to ten percent of your cab fare. At hotels, remember to tip your bellboy one euro per bag and the housekeeping staff one euro per day, as well.

Baksheesh, a custom that can be considered a tip or bribe, is expected in Egypt. While restaurants typically add a 10 percent service charge to your bill, you should expect to add another five to 10 percent. For your driver, expect to tip about 50 Egyptian pounds for a full-day’s work; for your tour guide, 80 to 100 Egyptian pounds for a full day. You can tip bathroom attendants and guards about one Egyptian pound. At your hotel, leave a tip in an envelope at the front desk – it will be divided among staff members. 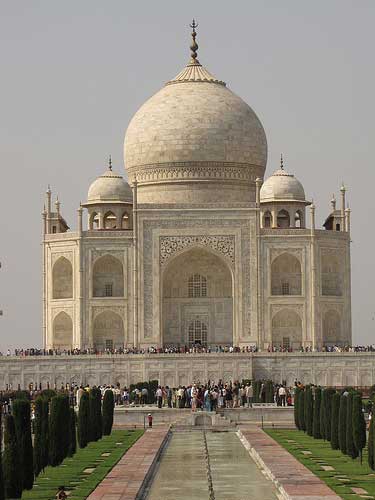 Baksheesh is expected in India, as well. Expect to leave about 15 percent in restaurants. For drivers and guides, 150 to 200 rupees for a day’s work is a good tip. At your hotel, be sure to slip your porter a 20-rupee bill for bringing up your bags.

Leaving a gratuity is relatively new in Indonesia, where tipping has not historically been part of the culture. A steady stream of foreign visitors has made tipping more commonplace, though, with 5-10 percent being sufficient at restaurants and 10,000-20,000 rupiahs for bellhops and housekeepers. Check your bills, though, as hotels and restaurants often include a service charge that you do not need to tip on top of.

Tips are not expected in New Zealand, the only exception being times when you truly want to thank the staff of a restaurant, hotel or tour company for going above and beyond to provide an outstanding experience. Otherwise, don’t feel pressured into leaving a tip – it would likely be refused, anyway.

Expect to tip in South Africa, especially when it comes to thanking your ranger or tracker for providing a memorable experience if you go on safari, a popular activity while visiting the country. Tips of 100-200 rand per day are the norm. Leave between 10-20 percent at restaurants, and spare a few rand for parking lot security, gas station attendants and porters, too.
(Main image: bradipo)

To tip or not to tip: A guide to tipping in the US

Tickets reserved? Check. Hotel room purchased? Check. Cash for tipping? Uh… When it comes to budgeting for tipping while traveling in the...
June 26, 2015‐Lauren Mack

Everything from tipping the bellman to consulting with the concierge Your destination as well as how much you’re willing to...
April 19, 2014‐Melisse Hinkle

CheapflightsTravel tipsHow to tip in 19 countries