Ever want to see the National Mall through the eyes of a scholar, someone who intrinsically knows their stuff and doesn’t just prattle on from a prepared script? Here’s your chance.

Context Travel is offering an insider’s exploration of the Mall, from L’Enfant to Maya Lin, the sculptor who fashioned Vietnam Veterans Memorial.

Understand what the Mall’s all about and better understand America. That’s the premise. The three-hour walking tour is led by either an historian or an architectural historian. They’ll put the place in context, and you’ll never view the 300-acre enclave quite the same way ever again.

Start at the United States Capitol building. From there Context Travel says you “can appreciate the full sweep of the Mall ahead.” It’s there that you’ll delve into the story of DC’s development, see the role L’Enfant played in designing the city – a city Context calls emblematic “of America and the idealism of its government.”

Amble along the length of the reflecting pool, down to the Lincoln Monument. Along the way you may stop at the Hirshhorn Sculpture Garden, the Smithsonian Castle, the Tidal Basin and Jefferson Monument, the Washington Monument and the Vietnam Veterans Memorial. It’s there, in that somber, black granite cut in the ground, that you might want to take time out and ponder the definition of sacrifice.

It’s also there that your docent will talk about what might lie ahead for the National Mall, the place referred to by many as ‘America’s Front Yard.’

The Mall is easily accessible via Metro. Take the Blue Line from Reagan Washington National Airport all the way to the Smithsonian stop and get off. Reagan itself has got to be the most convenient urban airport in the country. It’s a scant four miles from city center. 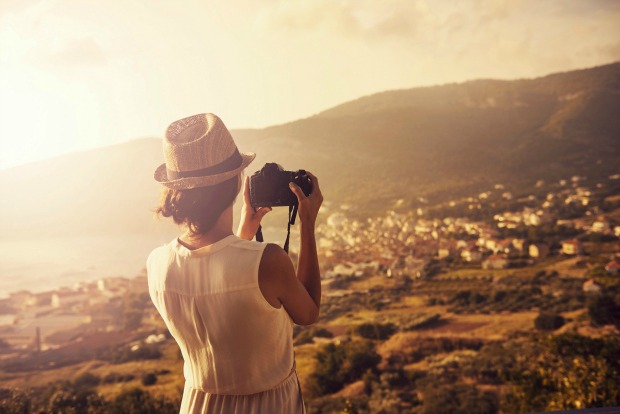 12 things travelers forget (and how to make do without them)