Going somewhere new often means hitting more than a few popular sights and attractions, but following those experiences it’s also nice to go a bit off the beaten path and discover some lesser-known spots. Add some local flavor to your next Honolulu vacation with our  ideas for things to see and do that go beyond sunbathing on Waikiki Beach. Here are a few things that might not have been on your travel radar.

Search for flights to Honolulu 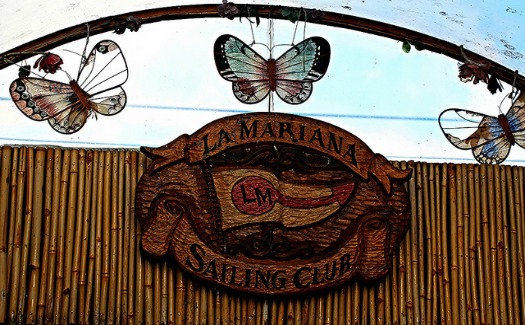 Start your visit to Honolulu by toasting your trip with a traditional tiki drink. Hidden within an industrial zone near the airport, this kitschy time warp of a bar and restaurant is where you’ll find locals sipping strongly mixed mai tais. La Mariana Sailing Club is the last original tiki bar in Honolulu and it’s well worth seeking out for the history as well as the memorabilia on display from many famous tiki bars of the past. 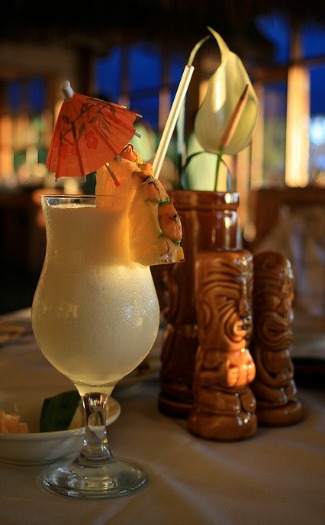 Anyone with a hankering for mai tais after a stop at La Mariana can also make their way to Arnold’s Beach Bar. Although it’s located in a touristy area, the bar is tucked away down an alley behind another store making it something of a hidden gem. When you do find it, you’re rewarded with $5 mai tais and free popcorn. There’s also live music most days.

Shop where the locals shop for produce and prepared goods with a trip to the weekly Kaka’ako Farmers’ Market. Browse the stalls of fresh locally grown fruits and vegetables to get a better sense of what the island has to offer. There is also an abundance of locally made treats. The market runs Saturdays from 8 a.m. to noon, rain or shine. 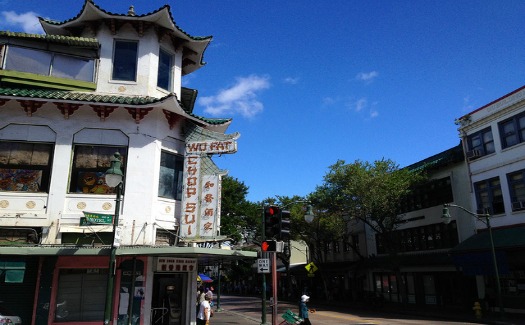 If you happen to be visiting Honolulu on the first Friday of the month you can take advantage of First Fridays. The monthly art walk in Chinatown is a great introduction to the area’s art scene and a fun way to experience another side of Honolulu that you won’t get during a traditional sightseeing session. The evening event sees numerous Chinatown galleries open their doors and local artists and artisans are on hand to talk about their work. You can also expect free entertainment as you wander the galleries.

The Honolulu Museum of Art isn’t necessarily a secret in and of itself, but there is an offshoot of the museum that many overlook: Spalding House. The Spalding House features a rotating roster of contemporary art, but also has an additional pavilion where you’ll find a unique permanent exhibition by David Hockney. L’Enfant et les sortilèges is the artist’s interpretation of his original stage designs for the 1981 Metropolitan Opera production of the same name. The exhibit is accompanied by a recording of the opera. 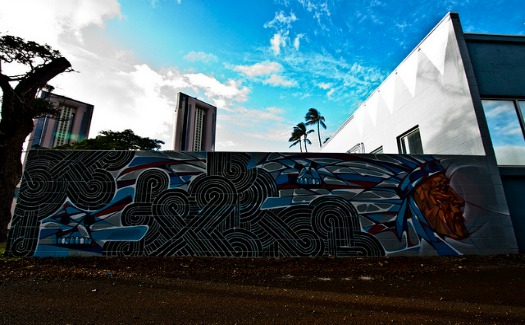 Another great way to experience art in Honolulu without going to well-known galleries or museums is to pay a visit to the neighborhood of Kaka’ako. The trendy area situated between Waikiki and Honolulu’s downtown is often overlooked by visitors, but boasts some noteworthy street art. The annual Pow Wow Hawaii Festival invites top artists from around the world to paint the neighborhood’s walls and the art is left up until the following year so there’s always something interesting to see.

Curious to learn what and where the locals eat? Rather than risk getting sucked into a tourist trap, book the Ala Moana Area Hawaii Local Eats Food Tour to find out where the best local eateries are. The two-and-half-hour tour will take you to six or seven Hawaiian spots that you might never have discovered on your own. The samples you get should be enough to fill you up, too. 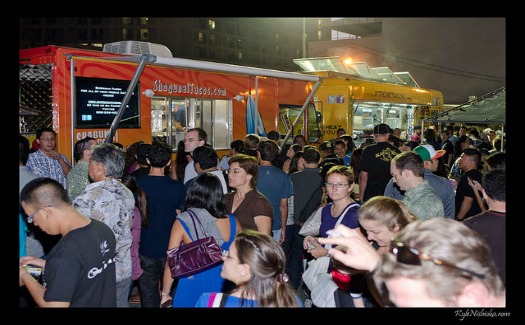 Kyle Nishioka, Eat the Street via Flickr CC BY 2.0

Something locals love, but tourists are likely unaware of is Eat the Street, a food truck festival that happens on the last Friday of every month in the Kaka’ako area. Stop by to mingle among the locals and sample dishes from 40 food trucks.

Bypass malls and tourist-centric surf shops and instead, shop like a local. You can nab some unique, locally made items to bring home if you happen to be in Honolulu on the third Saturday of the month. Honolulu Night Market is a great place to stock up on clothing and jewelry by local designers, as well as art and food.