Few things evoke those feelings of childhood freedom, escapism and playtime more powerfully than a treehouse.

But what is it that makes a treehouse so magical?

Perhaps it’s the notion of a dwelling out of place – after all, what business does a house have being suspended high up in a tree?

Then again, it might have something to do with the fact that it’s a spot outside the home, a domain not ruled by anyone – the castle over which a kid can imagine he or she is sovereign.

Of course, it could simply be the way a treehouse fills that spot between the constructed and the natural worlds – a happy mix of shelter and barely adulterated environment.

Whatever lies at the heart of their charm, treehouses have an uncanny ability to put a smile on their dwellers’ faces.

Brilliant, charming and ethereal treehouses aren’t just the preserve of childhood imaginations. They do actually exist. Better still, they’re places you can stay in. Here we rundown the 13 best treehouse stays in the U.S.

For each treehouse our guide details its setting, style, amenities and how high it sits above the ground (let’s face it, that’s a critical part of the magic). We also list nearby attractions and rates.

Our main image is of Tiny Fern Forest Treehouse in Lincoln, Vermont by Sebastien BARRE.

Near Hana on Maui, Hawaii

The Treehouse at Winvian 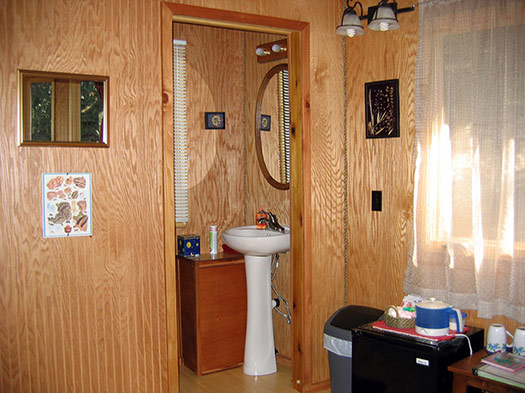 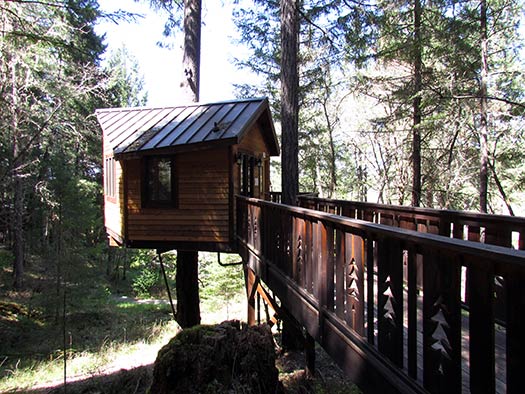 NB: Except where stated otherwise, rates are inclusive of taxes and fees. All rates were correct at time of publishing.

All images courtesy of treehouse resorts unless stated otherwise.

Magical treehouse stays in the US was last modified: June 26th, 2019 by Brett Ackroyd

How the President travels, Commander-in-Chief style