Ireland’s soaring coastal mountains, lush emerald lowlands and verdant hills, bogs and lakes beckoned budget travelers to the Emerald Isle. Comprised of Ireland and Great Britain-controlled Northern Ireland, the island in the Northern Atlantic Ocean synonymous with leprechauns, four leaf clovers and the color green has much to offer.

This is, after all, a country steeped in history. Literary figures like C.S. Lewis, James Joyce and Oscar Wilde are from the Emerald Isle and it was in Belfast where the “R.M.S. Titanic” was made and, more recently, “Game of Thrones” was filmed.

Whether you’re headed to Dublin, Belfast or somewhere in between, you don’t need the luck of the Irish to know where to go to see Ireland on a budget. We’ve found 17 cheap (and many free) things to do in the Emerald Isle.

Admire the Art at the National Gallery in Dublin, Ireland 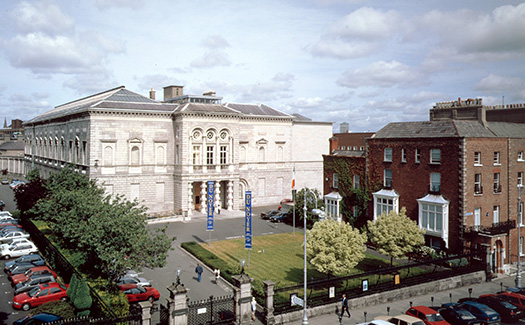 The National Gallery holds the country’s European and Irish art collections and it’s free to view its 15,000 paintings, sculptures and other works dating from the early 13th century through the mid-20th century. 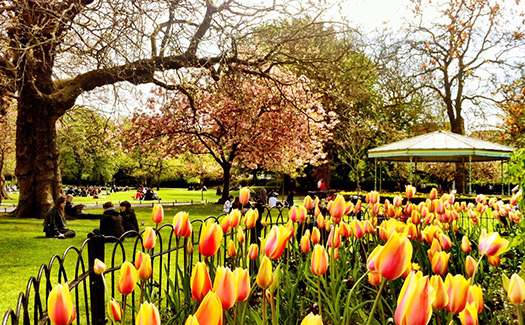 In the center of Dublin at the top of Grafton Street (a shopping street) is the verdant St. Stephen’s Green. The popular 22-acre Victorian park was opened to the public in 1880. The rectangular-shaped park includes two miles of picturesque pathways, gardens and a playground – all accessible for free. 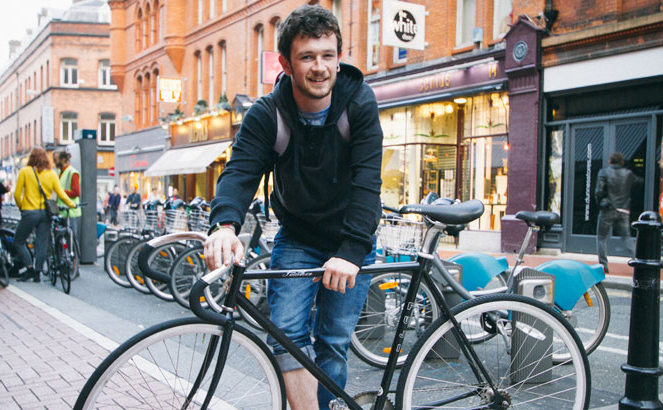 Like a growing number of cities around the world, Dublin has a bike sharing program, dublinbikes. With 100 stations located mostly in the city center, approximately 984 feet apart from each other, you’re bound to find a station near wherever you are going.

Have a pint, or two, of Guinness 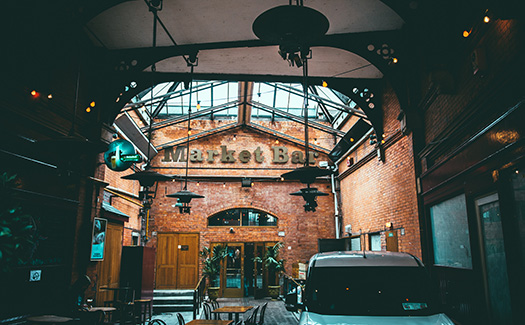 Walk into any pub in Ireland and you are likely to find Guinness on tap, but there are a few spots where the experience is even more memorable. Tucked down quiet Fade Street in Dublin you will find Market Bar where they take Guinness seriously ensuring that the distance between the Guinness keg and the tap line is a precise 12 feet (one of the shortest in Dublin) and the lines are maintained and cleaned every two weeks. The charming Library Bar at the Central Hotel Dublin City has won awards for its pints of Guinness and it’s the perfect spot for those seeking a quiet sanctuary from which to sip the Irish stout. Further afield, head to Peader O’Donnell’s, a pub in Derry in Northern Ireland named for a 20th century IRA activist and politician.

Take a walk in Dublin, Ireland 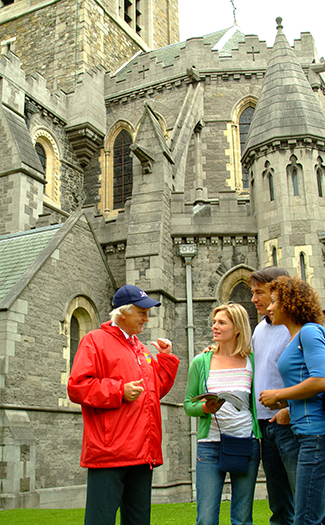 Dublin is a very walk-able city and there’s much to see on foot. Sandeman’s New Dublin Tour is a free, three-hour walking tour that departs from City Hall at 11 a.m. and 2 p.m. daily. The walk provides a great overview to the city’s highlights including Dublin Castle, Dublin’s medieval walls, Viking remains, Christ Church Cathedral, The National Library, Trinity College and St. Stephen’s Green. The knowledgeable guides regale visitors with historical anecdotes and stories of the countries famous writers and musicians. 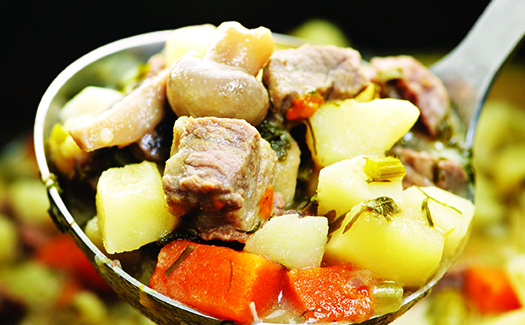 One of the best places to try a hearty bowl of Irish stew is Fitzsimons Temple Bar, the only open-air heated rooftop bar in Dublin. Take in the views of the River Liffey with a piping hot bowl of Wicklow lamb and root vegetables in a lamb and herb broth. The five floors of Fitzsimons also include four bars and a nightclub.

Board the Jeanie Johnson Famine Ship in Dublin, Ireland 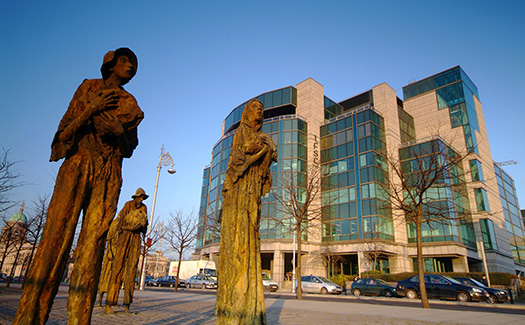 Docked at Custom House Quay, the tall ship Jeanie Johnson is a replica of the ship that made 16 emigrant journeys to North America from 1847 to 1855, carrying more than 2,500 people escaping the potato famine across the Atlantic Ocean to the New World. There are 50-minute tours of the wooden ship, which is open daily. Nearby on Custom House Quay are the Famine Memorial Statues.

No trip to Ireland is complete without a finger or two of Irish whiskey. Beverage manager Dan Mulligan serves exceptional whiskey with encyclopedic knowledge at 37 Dawson Street in Dublin. Tucked in the back of this cozy space is a dimly lit whiskey bar where patrons can sip a variety of whiskeys neat or on the rocks while listening to live piano music. 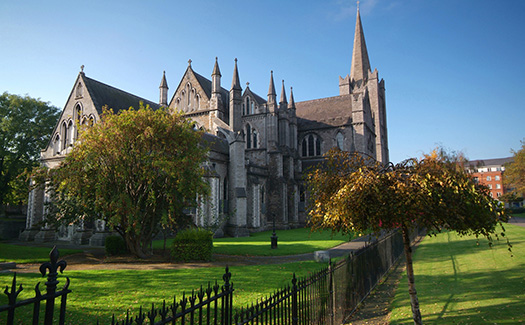 Built in honor of Ireland’s patron saint, St. Patrick’s Cathedral is a working Anglican church whose building dates back to 1220. The cathedral is adjacent to the well where it is said St. Patrick performed baptisms on converts of Christianity in the fifth century. Poet and satirist Jonathan Swift, who was dean of the cathedral, is buried here. 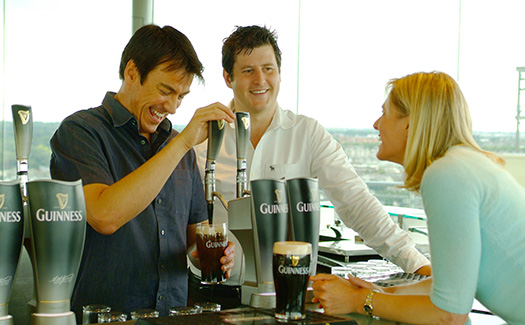 No trip to Ireland is complete without Guinness. The seven floors of the Guinness Storefront introduce visitors to the legacy of Ireland’s most famous beer. Tours begin at the bottom of the world’s largest pint glass that rises up through the building. Visitors examine the brewing process step-by-step, see past advertisements and learn to pour the perfect pint. There’s also a restaurant, two bars and a gift shop to explore. Admission includes a pint of Guinness for visitors 18 and older and soft drinks for those under 18. 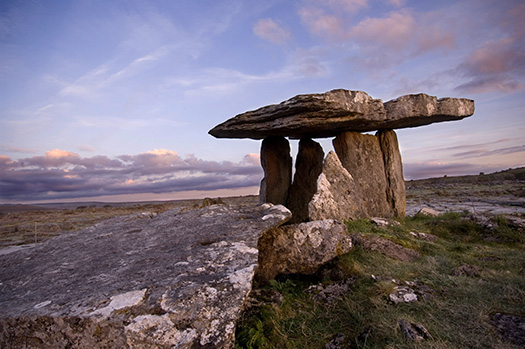 This rocky national park is a must see. The Burren has a variety of distinctive landscapes from limestone pavement to grassland, scrub and woodlands, to lakes, cliffs and petrifying springs. There are five scenic trails for picturesque hiking and viewing of hundreds of species of flora and fauna all for free. 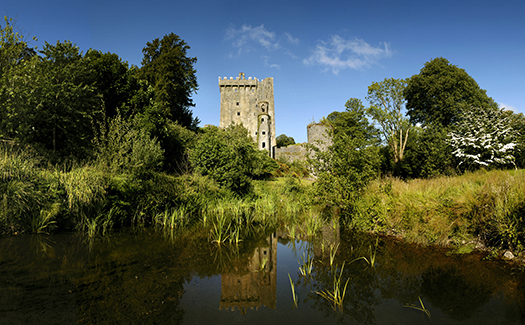 Tourists have been taking the nearly four-hour trek from Dublin to visit the Blarney Castle & Gardens for hundreds of years. In its third incarnation (the first castle was built of wood and the second of stone), the Blarney Castle was built in 1446. There’s more to see than the lucky Blarney Stone like the castle’s dungeon, the view from the battlements, the wishing steps and the lake. Don’t leave without kissing the Blarney Stone, a block of carboniferous limestone whose origins are debatable. For 200 years, visitors have climbed steps to reach the stone, which is set in the wall below the battlements. Visitors must lean back (there is now an iron rail to hold on to; in the past, visitors were held by their ankles) and kiss the stone, which is said to bring the gift of eloquence to those who pucker up. 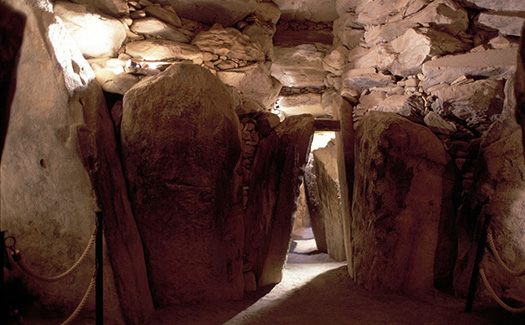 Dating back to 3,200 B.C., Newgrange is an impressive prehistoric tomb. There’s a massive round cairn covering a single tomb that is comprised of a long passage and a cross-shaped chamber that visitors can explore. The best time to visit Newgrange is at sunrise on the Winter Solstice (Dec. 21) and the surrounding days (Dec. 18-23) when sunlight streams through the chamber. Artificial light simulates the experience the rest of the year.

Stroll through time at Trinity College in Dublin, Ireland 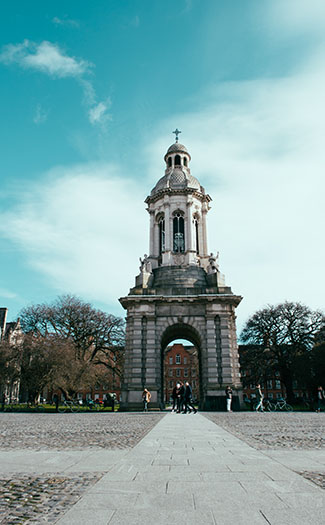 A stroll through the picturesque Trinity College to admire the historic and modern architecture and gardens is a must. Founded in 1592 by Queen Elizabeth I, the campus is a popular spot for people watching. The Trinity College Library is the largest library in Ireland with 5 million books including the “Book of Kells,” a ninth century copy of the four gospels of the life of Jesus Christ. Trinity College boasts alums like playwrights Oscar Wilde and Samuel Beckett. Visiting the campus is free, but visiting the Book of Kells is $11 for adults and $10 for students, seniors and children.

Visit Belfast’s oldest pub Kelly’s Cellars, which has been open since Oct. 3, 1720. From whitewashed walls to an uneven concrete floor, much of the original charm remains. Irish musicians from all over visit the bar each week to play traditional music. With Guinness, Irish stew and music – it’s the quintessential Irish experience. 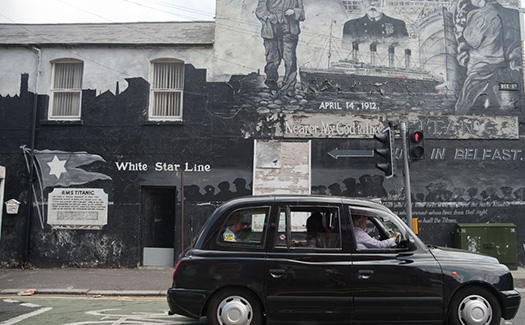 Witness how 35 years of conflict have impacted the capital of Northern Ireland by taking a Value Cabs Political Tour, a taxi tour that travels past colorful murals depicting political ideals, historical leaders and modern day heroes on the homes along Shankill Road, Falls Road, Peaceline Garden and Memorial Garden. 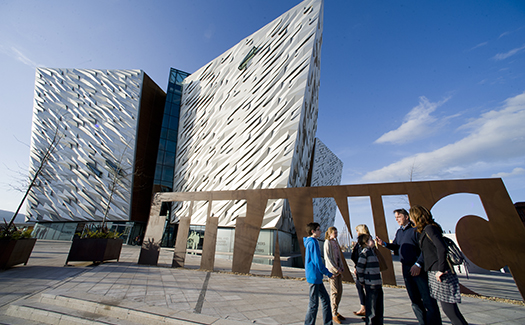 The ill-fated R.M.S. Titanic was built in Belfast and visitors can uncover the story via the free Titanic Trails app. The app, made by Visit Belfast, the official tourism bureau, provides routes and information about the Titanic Memorial Garden at Belfast City Hall where the names of Belfast’s men who perished in the 1912 accident are inscribed; the Titanic Quarter, a multi-use waterfront regeneration project built on the site where the Titanic was designed and built; SS Nomadic, built as a tender for the R.M.S. Titanic, which folks can tour for a fee; the Harland & Wolff Drawing Offices where the plans for R.M.S. Titanic were drawn; the R.M.S. Titanic and sister ship Olympic slipways where the ships were built and first launched; and R.M.S. Titanic’s dock and pump house.

CheapflightsCheap & freeIreland on a budget: 17 cheap things to do in the Emerald Isle