Looking for gambling and a good time? Vegas it is. A tropical paradise? Off to Hawaii. While we love ‘em for obvious reasons, our favorite vacation spots can come with crowds – and you might be hard pressed to find that “hidden gem” feel while you’re there.

It can be easy to stick with what you know, but there are also plenty of new places to explore. So, we’re offering up alternative destinations to some of Americans’ favorite locales – places where you’ll get the goods from the originals, but with more of an undiscovered vibe and, sometimes, less of a blow to the wallet. 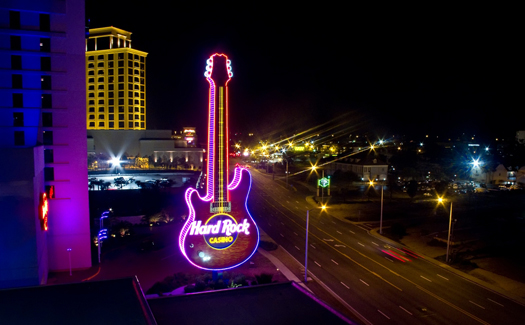 Some of the bright lights of Biloxi, Miss. (Image: digitizedchaos)

Roll the dice in this southern Sin City, which boasts eight casino resorts serving up round-the-clock gaming and everything from upscale restaurants to headliner-laced entertainment. Top off the day with some poolside partying at one of the resorts’ pool bars and lounges. With Biloxi’s subtropical climate, shopping, spa services, professional golf courses and opportunities to explore nature beyond the city, you’re in for a luxurious vacation experience with a decidedly Vegas-like vibe. You won’t miss the bright lights of The Strip as you take in views of the Gulf Coast from your hotel room.

Search for flights to Las Vegas 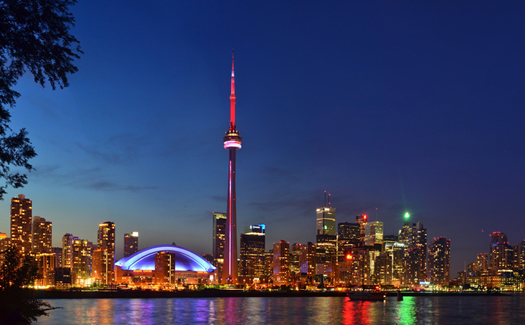 You might be surprised to find out how often Ontario’s capital city masquerades as the Big Apple on the silver screen: think “Cocktail” and “Serendipity.” Favorite flicks aside, Toronto puts up plenty of off-screen allure that allows it to go head to head with New York: a host of cool neighborhoods to explore, a multicultural population, lots of arts and culture offerings with major live music and theater performances, a stunning skyline, a burgeoning fashion scene with both high-end and vintage shops (we’re even talking an entire underground network of shopping and entertainment opportunities) and a bevy of bars you can belly up to any night until 2 a.m. – maybe even 4 a.m. sometime soon if LastCallTO gets its way. 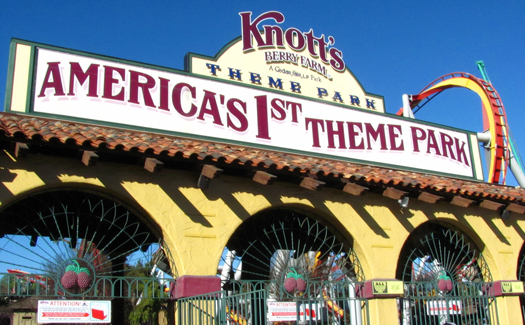 There’s simply just no other destination that contains Disney World, but a city known as one of the “most fun” places in America might be a close second. Home of the first theme park in the U.S. – Knott’s Berry Farm – Buena Park sits just southeast of L.A. This entertainment-laden locale serves up more than 165 rides, performances and other attractions, a seasonal 13-acre water park and family-friendly dinner shows. You can even get a touch of Disney magic with a visit to Knott’s Berry Farm’s Camp Snoopy. Beyond the theme park fun, the city features a Historic District, museums and nearby beaches. And if you still feel like you need a little actual Disney, Disneyland is only about a 10-minute drive away.

St. Lucia instead of Hawaii 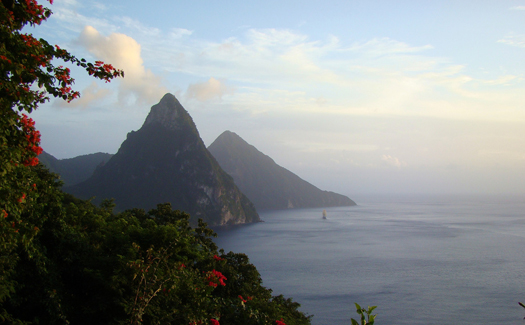 Looking out at The Pitons in St. Lucia (Image: benaston)

Skip Hawaii and say “aloha” to the island of St. Lucia. This tropical Caribbean paradise gives vacationers a combination often sought after in The Aloha State — adventure and relaxation. St. Lucia’s rugged coastline, lush, enchanting scenery and romantic vibe mimic many a Hawaiian hot spot. Trade luaus for beach barbeques, those famous Hawaiian tunes for St. Lucia’s popular folk music and the hula for Caribbean dance. Tour — or even book a room at — the Fond Doux Plantation where chocolate is made from the harvest of the property’s cocoa groves. The island also serves up volcanoes to explore, including Sulphur Springs, a drive-in volcano. With plenty of fresh seafood caught in nearby waters, picturesque beaches and local drinks, the aloha spirit never feels very far away.

Ibiza, Spain, instead of Cancun, Mexico 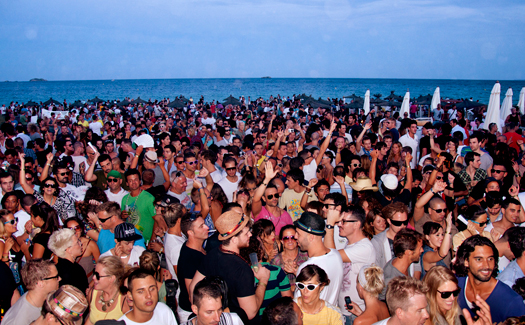 Nightlife tends to be the cornerstone of a Cancun vacation, and where better to get the same rockin’ atmosphere but Ibiza. Chock full of clubs, bars and discos, this Mediterranean island off Spain’s eastern coast (popular with European travelers) will not disappoint during party season, which lasts from about June to October. Summertime on the Spanish island is sure to be raucous with well-known DJs and music groups filling up the venues. Surrounded by turquoise waters, like those you’ll find in Mexico, and peppered with cultural sites, Ibiza delivers more than just drinks, beats and dancing. In fact, there has been a recent push to transform Ibiza into a more family-friendly destination. But make no mistake about it, this is still party town numero uno with the clubs keeping their doors open well into the early morning hours.

Cincinnati, Ohio, instead of Chicago, Illinois 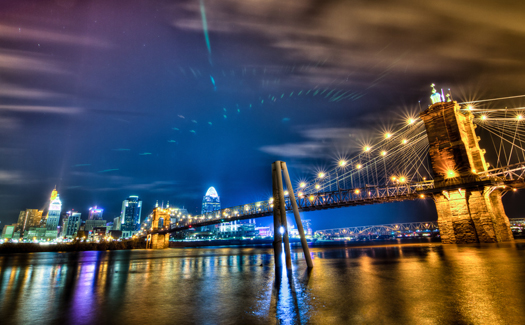 These two Midwest cities have quite a bit in common: signature foods, undying love for their sports teams and a friendly, all-American vibe. While Chicagoans have a special place in their hearts for deep-dish pizza, Cincinnati locals love their signature-style chili; and Cincy residents pledge allegiance to the Reds and the Bengals with the same fervor Windy City natives cheer on their White Sox, Cubs and Bears. Situated along the Ohio River, which divides Ohio and Kentucky, Cincinnati offers up a vast array of museums, parks, performing arts and interesting architecture. Explore Findlay Market, the oldest continuously operated public market in The Buckeye State, check out an event in Fountain Square, or head out on a river cruise to see the city from a different vantage point. And don’t miss out on a taste of the German and Irish influence. Beer lovers will want to cross the border into Newport, Ken. to visit the first American Hofbrauhaus (yep, the U.S. cousin of that famous suds spot in Munich).

Montevideo, Uruguay, instead of Miami, Florida 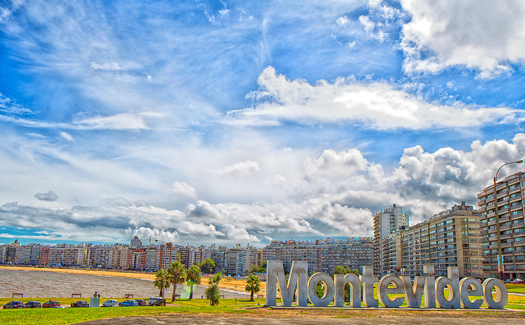 You’ll find some of the same things Miami is known for in the Uruguayan capital, including that notorious nightlife (with bars and discos aplenty) and Latin vibe. Montevideo boasts a burgeoning tourism industry, which has prompted the arrival of new hotels, cultural centers and sightseeing opportunities. Known for its liberal culture (both same-sex marriage and marijuana are now legal here), the city features a vibrant array of music, theater, arts and food. Don’t miss the area’s beaches and coffee shops (teatime is popular here), and catch some candombe — Uruguayan music usually played by large bands dozens of musicians strong. You may even think you’ve stepped into Miami as you gaze at the modern high-rise buildings that stretch along Montevideo’s southeastern beach communities.

Belize instead of Costa Rica 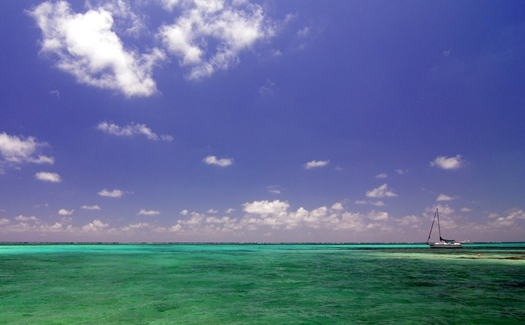 If you’d like to get as close to nature as you can in Costa Rica, consider heading a few countries north. With the lowest population density of any Central American country, Belize is brimming with undeveloped land, which lends itself to lots of biodiversity and beautiful natural surroundings. Explore the country’s caves and jungles, spot exotic birds and flowers, or grab your sense of adventure and go hiking, snorkeling or kayaking. Different cultures and languages also abound, and locals are known for their varied traditions, and for being friendly and welcoming. You’ll find plenty of good weather in Belize, too; though there is a rainy season (and a hurricane season), the average annual temperature is 84 degrees and the breeze coming off the Caribbean Sea keeps the heat in check along the country’s beaches. 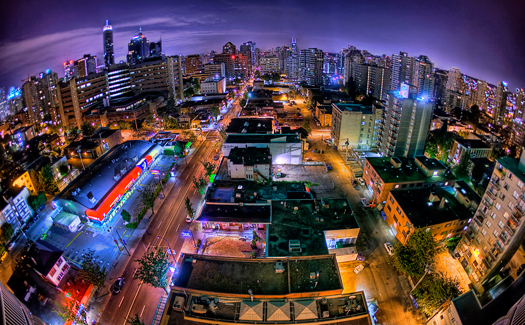 Surrounded by mountains and teeming with nearby adventure opportunities, Vancouver is a fitting stand-in for outdoorsy Denver. Like the Colorado capital, Vancouver is known as a clean, livable city, and sits in close proximity to some of the best skiing and snow sports venues in the world (2010 Winter Olympics, anyone?). Catch the ferry out to Granville Island, where you can explore the local market and grab some goodies for lunch. With a bit of a “crunchy” vibe and plenty of open space (Vancouver’s Stanley Park is 10 percent bigger than Central Park in New York), the Canadian locale boasts stunning scenery, fresh local food (don’t miss the produce and seafood) and a mild climate compared to the rest of the country. And for those seeking a more cosmopolitan experience, the city has a definite stylish side, too, with plenty of shopping, museums and art. 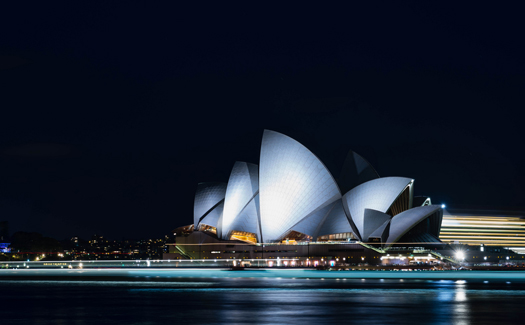 If you’re looking to snag some Los Angeles flavor in a far-flung locale, head over the International Date Line to Australia’s most populous city. Though the celebrity sightings may be fewer, the urban sprawl, surrounding beaches and party scene will likely remind you of that signature L.A. lifestyle. Similar to The City of Angels, performing arts are a focal point in Sydney – literally and figuratively – with the famous Opera House acting as somewhat of a centerpiece along the harbor and beckoning to residents and visitors alike with its full slate of theater, opera, ballet, concerts and comedy shows. A top-notch culinary scene, a host of family-friendly activities and a jam-packed calendar of events all draw visitors to this cool, cosmopolitan Aussie locale, where you won’t have to look far to find that laid-back-yet-luxurious vibe.

CheapflightsTravel inspirationGo here, not there: 10 alternative destinations for American travelers