Orlando, Florida is a fun-filled vacation destination with a wide variety of things to see and do. This sunny spot caters to families, couples, friends and solo travelers, and no matter where your interests lie, you’ll find something you want to do. From golf and shopping to theme parks and outdoor adventures there’s no shortage of things to keep you busy and having a great time in Orlando.

In addition to getting great weather year-round and having so much to offer visitors, Orlando also encourages return trips thanks to the fact there’s always something new happening. Be it additions to already popular attractions, brand new attractions, new hotels, new dining options or new shopping centers, there’s always something fresh and fun to experience in the city. If you’re curious as to what the newest offerings in Orlando are, we have the inside scoop on what’s waiting for you on your next visit.

What are you waiting for? Pack your bags and get yourself to Orlando!

There is no shortage of attractions in Orlando and there always seems to be something new to check out. Everyone’s favorite place to have fun, Walt Disney World Resort, recently completed a multi-year project that doubled the size of Fantasyland with the debut of Seven Dwarfs Mine Train. This family-friendly coaster takes guests on a memorable journey through the mine where they’ll find the dwarf’s cottage and the seven dwarfs. If that wasn’t enough, Magic Kingdom Park recently debuted Disney Festival of Fantasy Parade. Every afternoon the parade, featuring characters and music from memorable Disney films, makes its way through the streets of Magic Kingdom. 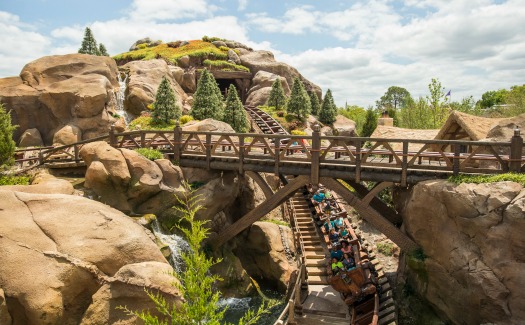 Calling all princess fans: Also at Walt Disney World Resort, Princess Fairytale Hall has opened as part of the New Fantasyland expansion at Magic Kingdom Park. The new area, located within the Castle Courtyard in the center of New Fantasyland, allows guests to meet Cinderella, Rapunzel and other beloved Disney princesses.

Anyone with a need for speed, and who likes to get wet should check out Wet ‘n Wild Orlando’s new, six story-tall waterslide, which debuted over the summer. The Aqua Drag Racer propels guests through four lanes of head-to-head competition at 15 feet per-second before splashing them across the finish line. May the fastest slider win!

If you’re feeling daring during your visit to Orlando, Aquatica, SeaWorld’s Waterpark, opened Orlando’s tallest and steepest free-fall waterslide in May. Ihu’s Breakway Falls is the only multi-drop tower slide of its kind in Orlando with slides that measure in at nearly 79 feet. 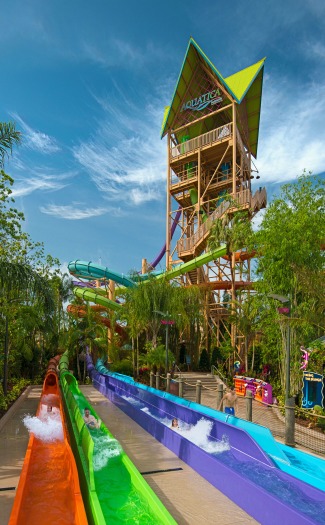 Families with young kids should visit LEGOLAND Florida Resort, which opened DUPLO Valley in May. This expansion brings the LEGO DUPLO line of preschool building toys to life with new farm-themed attractions, an air-conditioned indoor play area and a water play area all geared to little ones aged two to five.

Universal Orlando Resort opened TRANSFORMERS: The Ride – 3D in summer 2013. This multifaceted and lively attraction combines larger-than-life TRANSFORMERS characters with life-like HD CGI media, state-of-the-art 3-D technology and special effects to place riders right in the middle of an epic battle between the Autobots and the Decepticons. If you prefer not to tussle with robots, the world’s first Simpsons themed area, Springfield, officially opened at Universal Studios Florida, with new attractions and restaurants, including Moe’s Tavern where guests can order Duff Beer.

Whether you’re traveling as a family, solo, or as a couple there are a multitude of options for places to stay in Orlando. The 433-room Four Seasons Resort Orlando at Walt Disney World Resort opened in August and features a golf course, full-service spa and a sprawling pool area complete with adult pool, family pool, water slide, splash zone and lazy river. Here you’ll also find four restaurants and two lounges, including Capa, the 17th floor rooftop steakhouse with beautiful views of nightly fireworks at the area’s theme parks. 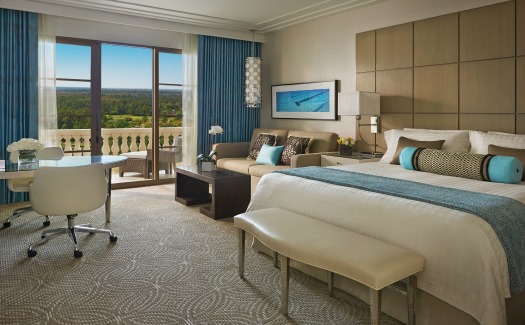 Summer of 2013 saw the opening of The Alfond Inn at Rollins College in the neighborhood of Winter Park. The pet-friendly boutique hotel is roughly 100,000 square feet and features 112 guest rooms, a fitness center, a rooftop pool, inviting public spaces and full-service restaurant.

Another 2013 opening, this one in the fall, was the Aloft Orlando Downtown. The boutique hotel has 118 guest rooms that all come with with refrigerators, LCD televisions and complimentary wireless internet. The hotel also boasts an outdoor pool and a gym, and is close to many area attractions.

In terms of what’s coming up, Starwood Hotels & Resorts plans to bring the brand of Element Hotels to Orlando in July 2015 with Element Orlando North. The 151-room hotel will be located across from Orlando Executive Airport and less than three miles from the central business district of downtown Orlando. Element Orlando North will have both studios and one bedroom suites, spa-inspired bathrooms, a 24-hour fitness center, outdoor swimming pool and 977 square feet of meeting space. The hotel will also be built with the environment in mind, so not only will the property be stylish, it will be sustainable, too.

If you or your kids are into LEGO, you’ll love the news that LEGOLAND Florida Resort has announced plans of opening the LEGOLAND Florida Resort Hotel in 2015. This property will be four stories and feature 152 LEGO-themed rooms. Each room will feature an adult sleeping area as well as a kids’ sleeping area with bunk beds, LEGO’s to play with, Wi-Fi access and a mini fridge. In addition to having LEGOLAND so close, the hotel also has a pool and nightly children’s entertainment. 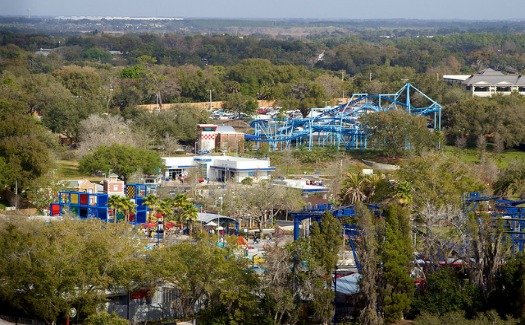 The fall of 2013 saw the opening of East End Market in Audubon Park, which lies just north of downtown Orlando. The two story building is described as “a neighborhood market and cultural food hub” and is a great place to visit if you love food. There are a dozen merchants on the main floor selling everything from cheese and coffee to freshly baked bread, organic juice and local produce. In addition to merchants, there is an event space on site, a 760 square-foot kitchen, a restaurant and the opportunity to take classes like sushi making and the art of preserving.

Other recent Orlando restaurant openings include the following tasty options: 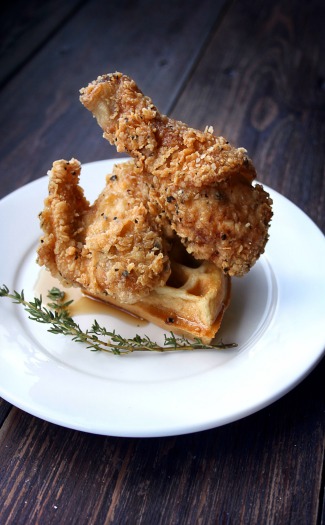 Getting around Orlando and to and from Orlando from other Florida destinations continues to get easier.  SunRail, a commuter train line stretching almost 60 miles from DeBary in Volusia County to Sand Lake Road in Orange County, is now open to the public. The service, which operates on existing railroad tracks is also scheduled to expand further north to DeLand and south to the Poinciana area. The goal of this expansion is to allow travelers a convenient alternative to traffic and gas expenses. 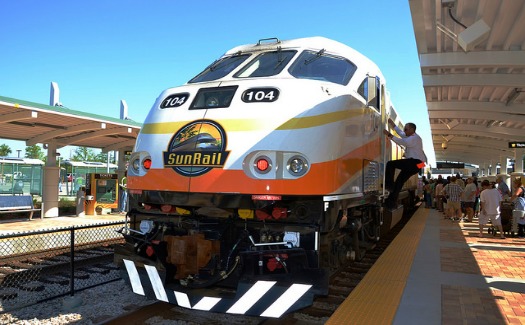 All Aboard Florida is an intercity passenger rail project that will connect Miami to Orlando in just under three hours, with intermediate stations in Fort Lauderdale and West Palm Beach. The train is schedule to open in 2016.

Orlando International Airport (MCO) is going to get bigger. The airport has approved plans to expand its passenger capacity. MCO was originally designed to accommodate 24 million travelers annually, but the airport plans to nearly double its capacity to 45 million travelers per year.

Shoppers take note – there will soon be a brand new spot to shop in Orlando. Artegon Marketplace Orlando is slated to open on November 20 on International Drive. The 1.1 million square-foot shopping space will be home to Florida’s largest daily indoor artisan marketplace and is inspired by other great marketplaces in the U.S. and beyond (think Pike Place Market, Chelsea Market, etc.) The marketplace will house more than 160 shop-worthy studio spaces featuring unique art, one-of-a-kind boutiques, handcrafted items and unique food offerings.

CheapflightsNewsFun in Florida: New things to do in Orlando