Most festivals rock up to a park or some other public space for a weekend and then they’re done for the summer.

Not the Vans Warped Tour. Every summer since 1995 it’s rolled across America, transforming parking lots and other unglamorous spots in big cities and small towns into furious cauldrons of teenage energy.

It started out as a showcase for skate punk music. Back in the mid-nineties the bands that played the tour weren’t the kind to chase or achieve commercial success. In fact, you’d say they aimed to be an antidote to pop culture.

Since then the scene’s changed a lot. Nowadays it’s not unusual to see bands of the genre enjoy huge commercial success.

The Warped Tour’s chosen to evolve with the scene, to the dismay of many of its original fans and performers. Today, the likes of Good Charlotte, My Chemical Romance and Fall Out Boy are just as likely to feature on the roster as old school stalwarts like NOFX, Bad Religion and the Dropkick Murphys.

While the music’s changed, the atmosphere hasn’t. It’s still got the highly charged atmosphere it’s always had thanks to he thousands of kids who crush up to stage fronts to witness their favorite bands up close, mosh and crowd surf their living daylights out of their angst.

This year the tour’s hit over 40 different locations with around 50 bands at each date. It finally comes to a halt this weekend with shows in Auburn, Wash. (Aug. 4) and Portland, Ore. (Aug. 5). 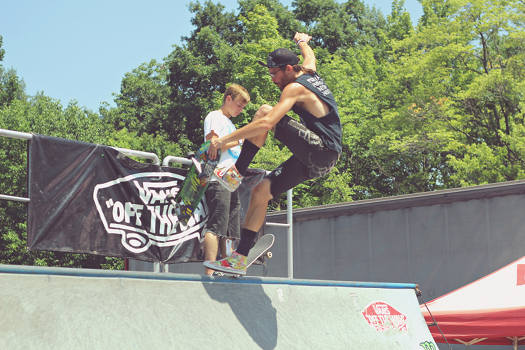 Another Vans Warped Tour comes to an end was last modified: June 26th, 2019 by Brett Ackroyd