Americans know how to find some wacky reasons to celebrate. From slug celebrations to fish tossing competitions, check out these five weird festivals across the U.S. 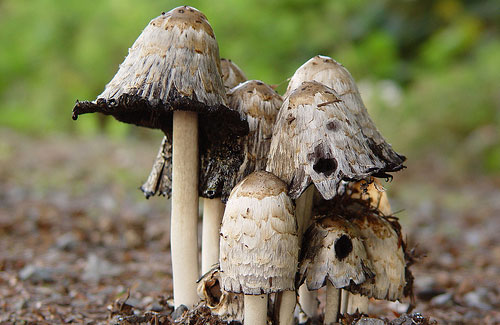 When they say “humungus,” they aren’t kidding. Crystal Falls is home to a fungus that covers 38 acres and weighs about 100 tons, and the town celebrates its quirky claim to fame every summer during the Humungus Fungus Fest. Try a slice of the world’s largest mushroom pizza, check out the fungus parade and enjoy all sorts of tournaments and activities during this feel-good fungus fest.

Sure, summer is all about music festivals, but who needs outdoor tents under the sweltering sun when you can take your concert experience under the sea? Grab your snorkel or your scuba gear and head to the coral reefs off the coast of the Florida Keys for July’s Underwater Music Festival, when a local radio station pipes everything from marine mammal sounds to aquatic-themed hits (“Yellow Submarine,” anyone?) underwater for this quirky concert. 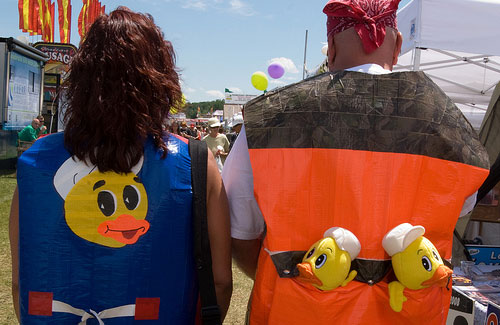 If there’s one truth in life, it’s that duct tape can fix anything. What’s more, duct tape can be used to create anything, too. Just take a look at the fashion shows, parade floats and artwork of the annual Duct Tape Festival in Avon, Ohio, where participants get extra crafty with this all-purpose adhesive. From dresses and wallets to larger-than-life floats and statues, this June fest is a true testament to the unstoppable power of duct tape.

The last weekend of April is a little fishy on the state line between Florida and Alabama, when the shoreline is filled with flying mullets during the annual Interstate Mullet Toss. Hosted by the Flora-Bama, a bar and lounge well known for its party scene, this April event entails chucking mullets (that’s fish, not bad hairdos) as far as you can from Alabama into Florida. Don’t worry: there’s enough drinking going on during the three-day event that by the end, tossing fish across state lines won’t even seem like a weird thing to do at all. 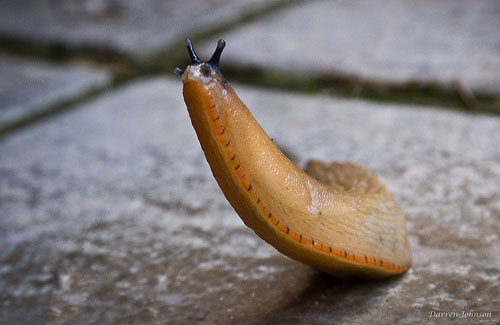 These critters are the guests of honor at Washington’s Slug Fest (Image: ShotHotspot.com)

Slugs don’t often get a lot of love, but at wildlife preserve Northwest Trek in Washington state, these slimy creatures take center stage. Celebrating the banana slug in particular, this two-day fest in June features a human slug race where participants don tarps and try to slide their way down a soapy surface as they inch their way toward first place. Arts, crafts and exhibits round out this slug celebration.

CheapflightsQuirky travel5 weird festivals in the US