January
$404
February
$392
March
$429
April
$391
May
$383
June
$410
July
$480
August
$385
September
$355
October
$365
November
$365
December
$430
September is currently the cheapest month to fly to Costa Blanca. At this moment in time July is the most expensive month. These prices are determined by multiple factors and booking in advance can help keep costs down if your schedule is not as flexible.

When is the best time to fly to Costa Blanca?

September is typically the best time to fly to Costa Blanca, but there are other times where great deals are available. March sees the temperatures in Costa Blanca peak to their warmest. October tends, on average, to see the most amount of rainfall.

When is the best time to book a flight to Costa Blanca?

The price you pay for your flight to Costa Blanca may vary depending on when you book.For the best chance of a lower fare, look to book 16 days in advance of your trip. Fares are likely to increase a fortnight or so before your departure date.

Which day is cheapest to fly to Costa Blanca?

Tuesday is currently, on average, the cheapest day to fly to Costa Blanca. Flying on Saturday will result in higher flight prices.

What time of day is cheapest to fly to Costa Blanca?

Flights in the afternoon are typically the cheapest time of the day to fly to Costa Blanca. Flights in the morning are usually the most expensive.

Lying on the eastern coast of Spain, the Costa Blanca draws millions of tourists each year to its turquoise waters and miles of white sandy beaches. Alicante is the capital and major city on this stretch of coast, but it is Benidorm that attracts the most visitors and this is the place to go for those looking for a lively and entertaining holiday with hundreds of bars and all-night clubs catering mainly for British tourists. However there is more to the Costa Blanca than crowded beach resorts – within the mountainous interior are a series of fascinating medieval towns and fortified villages which have been largely unaffected by modern development. 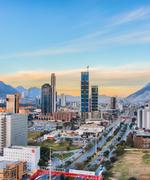